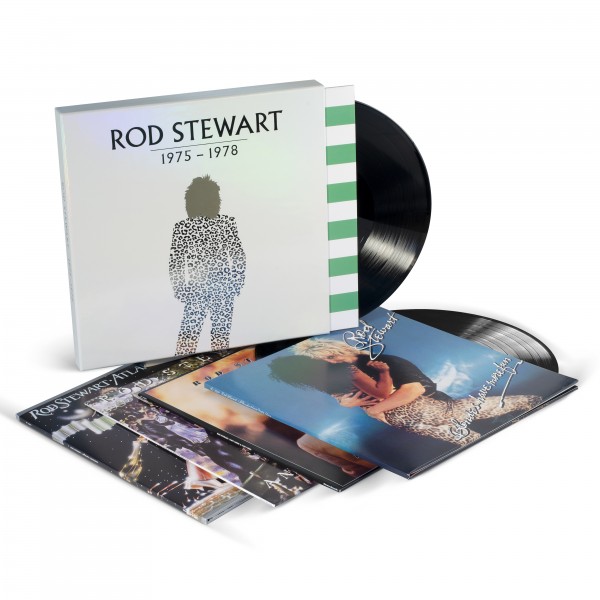 When Rod Stewart moved to the United States and inked a record deal with Warner Bros. Records, it marked a significant point in his heralded career — and on June 4, some of those early Warner albums will be commemorated as part of a new 5-LP box set titled Rod Stewart: 1975-1978.

Officially detailed on Thursday, the set those first four albums — Atlantic Crossing (1975), A Night on the Town (1976), Footloose & Fancy Free (1977), and Blondes Have More Fun (1978) — and a fifth LP of previously unreleased studio outtakes.

“It’s extraordinary for me to look back on this era of my career,” said Stewart in a statement. “I think fans will enjoy experiencing these songs on vinyl. I know I did.”

Noteworthy with this release is the fact that these albums have been out of print on vinyl for a while. And, as you’d expect with a release of this nature, the albums have been remastered and come complete with replica sleeves. Here’s a bit more about the bonus record, too:

The bonus LP, titled Encores 1975-1978, is a collection of 10 outtakes selected from the recording sessions for all four albums. The first side highlights five songs from the recent deluxe editions released for Atlantic Crossing and A Night on the Town. Songs include an alternate version of the B-side “Rosie” and a cover of the Bee Gees’ “To Love Somebody” recorded with the influential Stax Records house band, Booker T. & The MG’s. The flip side features five previously unreleased session outtakes from Foot Loose & Fancy Free and Blondes Have More Fun. Highlights include a cover of the Motown classic, “You Really Got A Hold On Me,” and the unreleased tracks “Silver Tongue” and “Don’t Hang Up”.

And the full track listing for the 5-LP set: