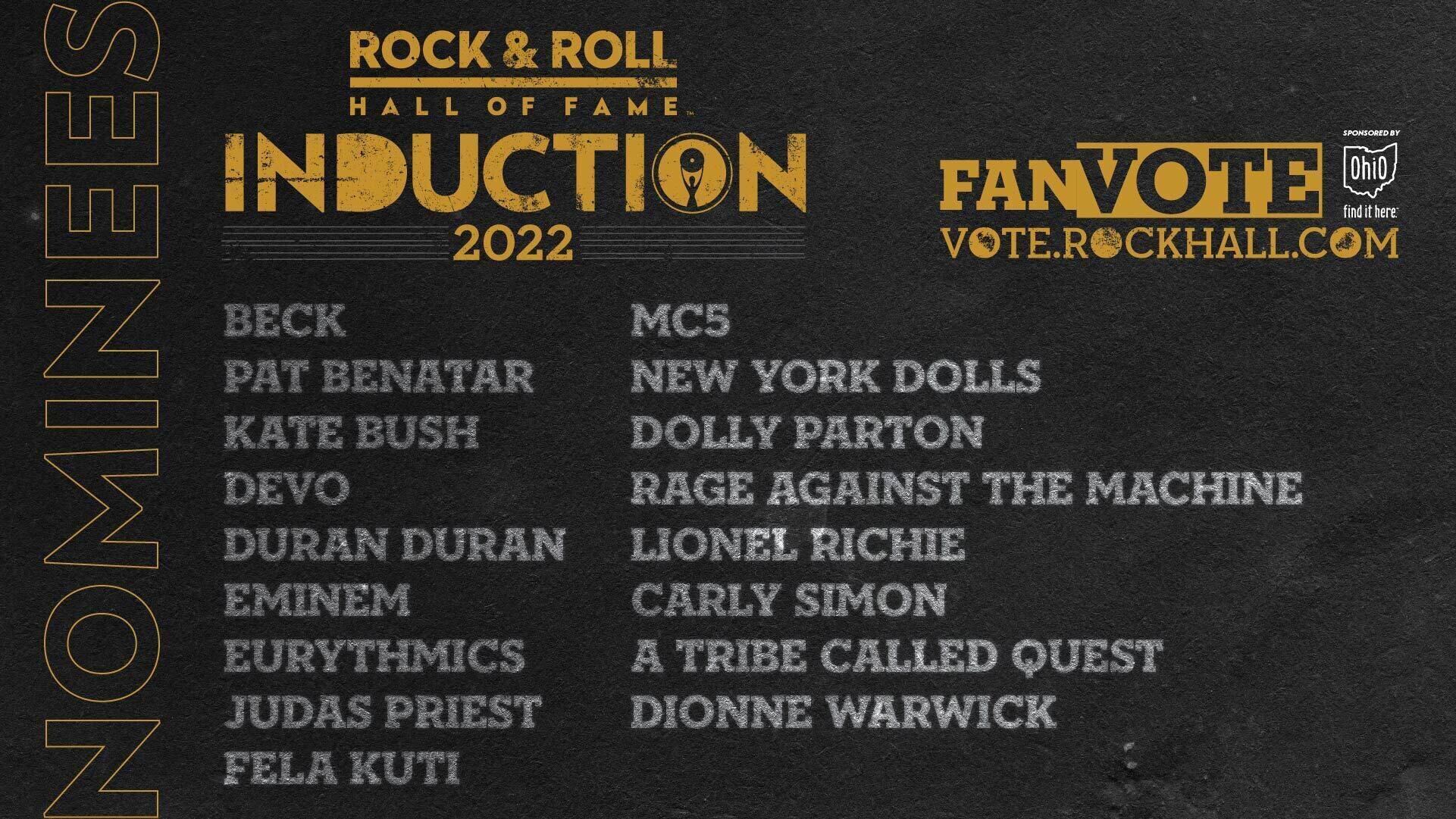 The Rock & Roll Hall of Fame announced its official list of 2022 nominees on Wednesday morning, and consistent with the variety of acts the Hall has included in recent years, it’s a rather eclectic mix of artists, genres and eras.

The #RockHall2022 Nominees are up and the Fan Vote is now open. Vote daily at https://t.co/keewGnGnnD pic.twitter.com/zrI7GejV8v

Up for potential enshrinement into the Hall of Fame this year will be:

Some details about the eligibility of this crop of nominees, per Rolling Stone, as well as details on the repeat nominations of a few of these acts:

To be eligible for this year’s ballot, each nominee’s first single or album had to have been released in 1996 or earlier. Seven of the nominees (Beck, Eminem, Duran Duran, Dolly Parton, Lionel Richie, Carly Simon, and A Tribe Called Quest) are on the ballot for the first time, but Eminem is the only one to appear in his first year of eligibility. His debut LP Infinite was released in 1996.

Of course, every one of these nominees won’t be inducted into the Hall of Fame in 2022; a voting pool of 1,000 journalists, music historians, artists and members of the industry will cast a vote for the new class. As always, there’s a Rock Hall Fan Vote up now on the Hall’s website.

We are all extremely grateful to all of you for making this happen.” 2/ – Simon, on Duran Duran being included in the 2022 Rock & Roll Hall of Fame list of nominees @duranduran @rockhall #ROCKHALL2022 pic.twitter.com/MeufQkwzjT

The 2021 Rock Hall of Fame induction took place in October after a delay caused by the pandemic. Consequence notes that the 2022 induction ceremony will take place in the fall, as of now, after the Class of 2022 is unveiled in May.