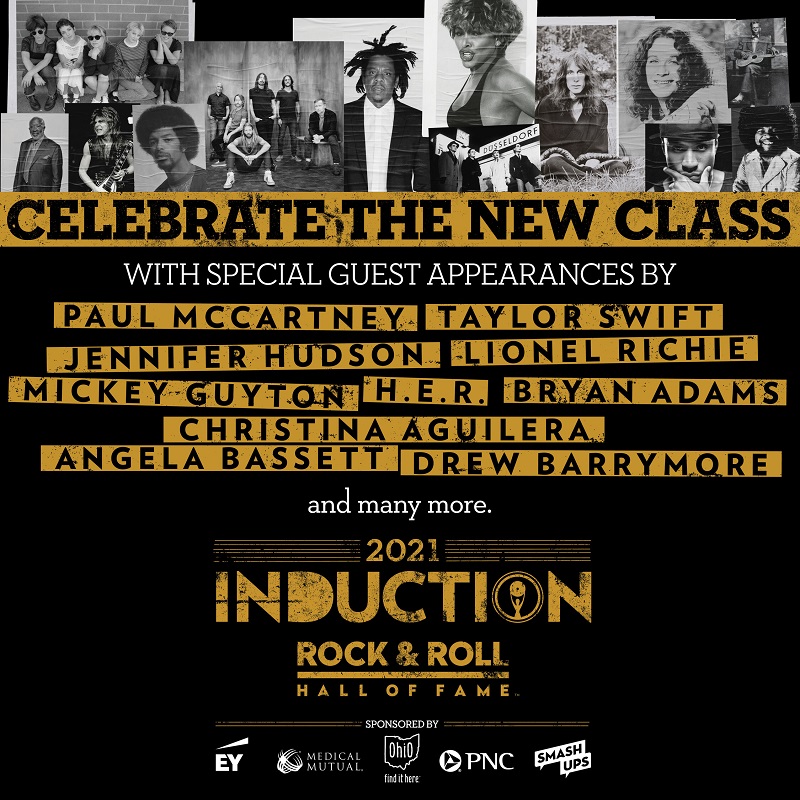 We’re just a few short weeks away from the Oct. 30 induction ceremony of the Rock and Roll Hall of Fame Class of 2021, a list of acts that includes The Go-Go’s, Carole King, Foo Fighters, Tina Turner, Todd Rundgren, Randy Rhoads and more.

#RockHall2021 Induction Ceremony Presenters & Performers. And this isn't even the full list. Get your tickets. Now. https://t.co/gW5Rd0Tmt1 pic.twitter.com/yVjxjN4j5K

On Monday, the Hall officially announced the list of presenters and performers that will help make the induction ceremony special, and the depth of the artists featured speaks to the variety of the acts being inducted:

More on the induction ceremony, via the Rock Hall’s official site:

The Ceremony will air at a later date on HBO and stream on HBO Max, alongside a radio simulcast on SiriusXM’s Rock & Roll Hall of Fame Radio channel 310 and Volume channel 106.

Of course, induction into the Rock and Roll Hall of Fame is quite a talking point among music circles — and even with some of the honored artists themselves.

Rundgren, finally inducted after years of eligibility, for example, isn’t really a fan. As he told Rock Cellar’s Ken Sharp in our new interview:

Rock Cellar: I know you have very conflicted feelings about the Rock & Roll Hall of Fame. You’re finally being inducted this year. For me as a longtime fan and this of course applies to the rest of your fan base, there was anger and frustration over the years that you were wrongly passed over. Now we feel vindicated that you’re finally in. Knowing you’re conflicted about it, is there anything positive that you can take from it?

Todd Rundgren: The positive is that I’ll never be nominated again, so I won’t have to go through that again. [laughs] Endless nominations are the worst because you’re supposed to encourage your fans to go out and participate in something that you know is just fake. They say to go out and vote in the fan poll. But the fan poll doesn’t mean anything. Like the whole nomination process, which from what I understand, can be sunk by a single person.

So the mystery behind it doesn’t help. But the best thing about it is that you guys got it, that you guys have gotten your vindication, because I know that I’m something of a fringe artist and justifying that to your friends who are into whatever is hot nowadays is challenging. But I always acknowledge the fact that I wouldn’t be here. I wouldn’t still be making records unless I had a loyal fan base that appreciates the effort I put into it. And the fact that that my fans have finally been acknowledged is the most important thing to me and I go to great pains because I can’t be a hypocrite and say, “oh, no, I changed my mind, now I suddenly love the Rock & Roll Hall of Fame.” [laughs]