Watch the Acceptance Speeches from the Rock and Roll Hall of Fame Class of 2020: Depeche Mode, Nine Inch Nails, the Doobie Brothers, T. Rex and More 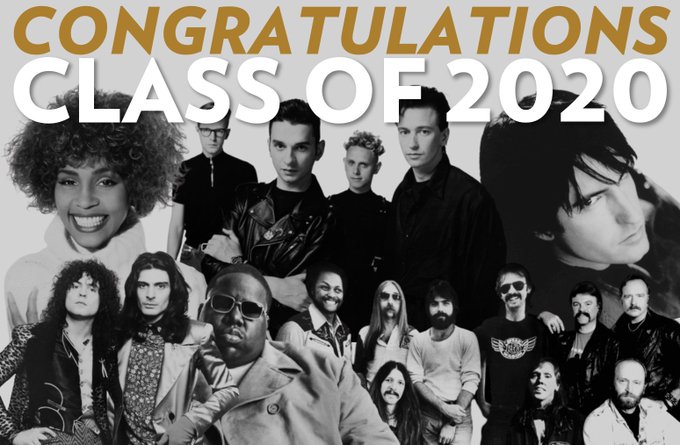 This past weekend saw the 2020 Rock and Roll Hall of Fame induction ceremony, a taped event that streamed on HBO and HBO Max in place of an in-person event, which was cancelled due to the COVID-19 pandemic. The show saw a tweaked format for the annual ceremony, and bestowed induction honors to the Class of 2020:

As you’d imagine, the acceptance speeches from the honored artists made it online shortly after airing “live,” where you can revisit them now 0r watch for the first time, if you don’t have an HBO/HBO Max subscription.

Cissy Houston, mother of Whitney Houston, accepting on behalf of her daughter:

An interview with Jon Landau:

In addition to the above, the Rock and Roll Hall of Fame ceremony also included a special tribute segment honoring the late Eddie Van Halen, who died in early October after a cancer battle. The special tribute featured stories and memories from Slash, Metallica’s Kirk Hammett and Tom Morello of Rage Against the Machine and Audioslave.

The full 2020 Rock and Roll Hall of Fame induction ceremony is available on-demand via HBO and HBO Max, so if you’re interested, follow the link below:

Last night we celebrated some of rock & roll's finest. Congratulations to our Class of 2020 on their Induction to the Hall of Fame. Which moments from the ceremony were most memorable for you? Stream on demand @HBOMax: https://t.co/YrzZhI0PVR pic.twitter.com/02N5yF3tl8