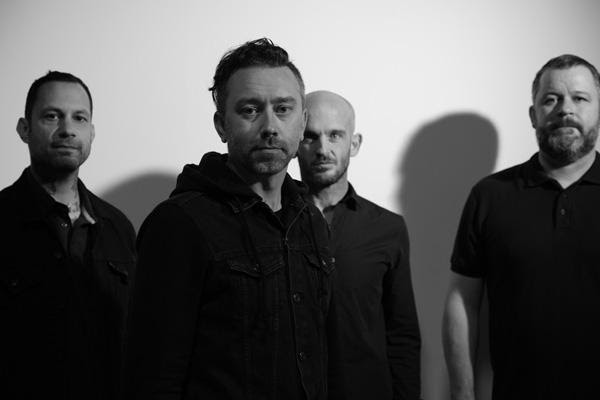 Rise Against recently debuted a new single, “Nowhere Generation,” and in just three weeks since its premiere the track has climbed into the Top 25 on Billboard’s Mainstream Rock chart and the Top 30 on Billboard’s Alternative charts.

It’s the latest noteworthy bit of activity for the Chicago band, which formed in 1999 and has enjoyed monumental success over the years with a series of rock radio singles, albums and global touring. On Tuesday, Rise Against premiered a performance video for the song, preceded by a full-band Q&A session with Tim McIlrath (vocals, guitar), Joe Principe (bass), Brandon Barnes (drums) and Zach Blair (guitars):

Thematically, “Nowhere Generation” taps into a familiar concept for Rise Against: The idea of the people holding the power. A news release refers to the track as a “David-and-Goliath call-to-arms directed primarily at Millennials, Gen Ys, and Gen Zs to preserve and defend the fact that people, not politicians, hold the real power and that our younger generations need to reclaim that power to ensure the future of American Democracy.”

“Nowhere Generation” is the title track from Rise Against’s new album, which will be released on June 4 and will be the group’s ninth studio album to date. More on the record, which is up for pre-order now:

Nowhere Generation’s unabashedly outspoken 11 songs explore the tight bonds and the distances we share, the struggles of everyday life, our personal failings and triumphs, as well as how the social and economic decks can be stacked against us. But Nowhere Generation also hints at the reclamation of ourselves, a call to resurrect who we are at our core, who we want to be and what we want to do with our lives, despite the rampant weaponizing of our culture. As lyricist Tim McIlrath wrote on “The Numbers”:  …these cold nights are almost unbearable, but purpose keeps us warm.