Home / Watch Ringo Starr’s Spirited New Video for “Rock Around the Clock,” from His New ‘Change the World’ EP

Watch Ringo Starr’s Spirited New Video for “Rock Around the Clock,” from His New ‘Change the World’ EP 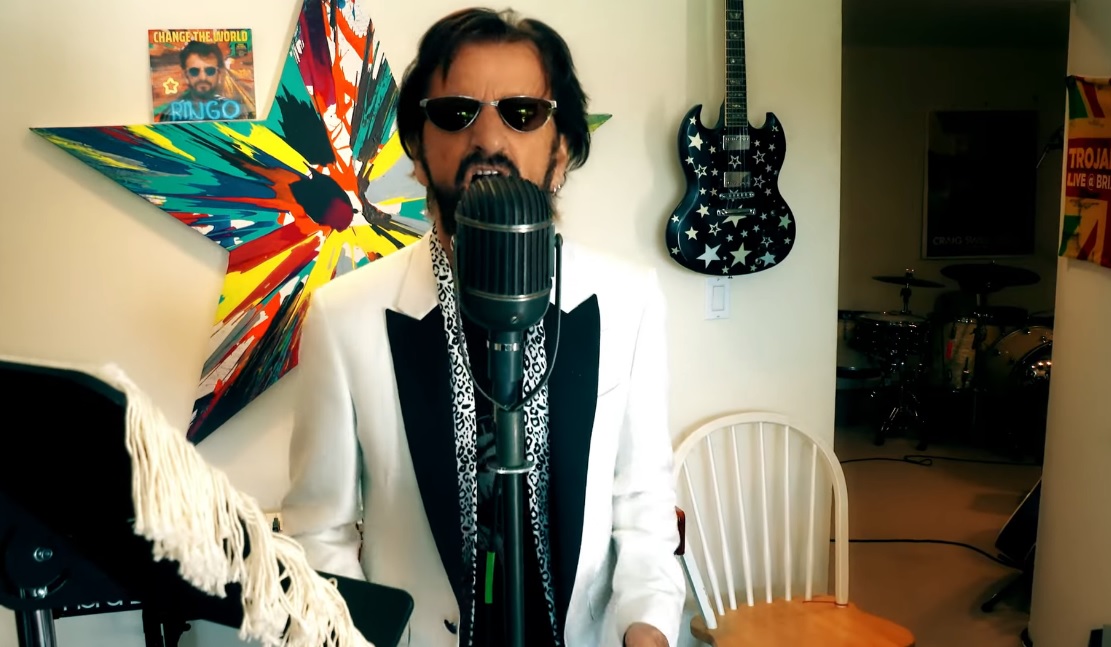 Change the World, the entertaining new EP from Ringo Starr, was recorded remotely with the help of many of his A-list musical pals. The Beatles icon‘s new EP was released on Sept. 24 and features among its tracks a cover of “Rock Around the Clock,” which of course was a timeless hit for Bill Haley & His Comets.

Starr has now debuted a fun music video for the track, featuring footage of him singing from his studio Roccabella West, interspersed with shots of contributing musicians Joe Walsh, Nathan East, Bruce Sugar and more, to really illustrate the collaborative nature of how these recordings came about:

Said Ringo Starr of the personal motivation behind recording a cover of “Rock Around the Clock,” an especially important song in his life:

“Yes let’s rock! This track takes me back – rock and roll memories from when I was about to turn 15. I’d been in hospital with tuberculosis for a year or so, where I’d already spent my 7th and 14th birthdays, and I didn’t want to spend another one there again. I was doing well, so my mother talked to the doctors, and they agreed to let me out.”

For Ringo’s 15th birthday his grandparents took him to the Isle of Man and to see the film “Blackboard Jungle.” That’s when he first heard “Rock Around The Clock.” Ringo describes the scene as it played on the big screen, “I’m sitting there, I’d been in the hospital, don’t know much about what’s going on lately, and they ripped up the cinema!!! They just threw the chairs and went crazy. I thought, ‘WOW this is great!!!!’ I remember that moment like it was yesterday, it was incredible. And the song just rocks. So when it came to choosing tracks for this EP I thought of doing ‘Rock Around the Clock’ for all these good reasons.”

Another key track on the EP is the inspirational “Let’s Change the World,” written by Toto’s Steve Lukather and Joseph Williams:

Per a news release, the video was created in collaboration with Kids In The Spotlight, a nonprofit that provides a platform for foster care youth to tell their stories through film. These underserved youth write, cast, and star in their own short films, and the experiences help them to heal and grow, as well as to prepare and lay the groundwork for future employment opportunities.

“Let’s Change The World! I wanted to make this video with kids because they are our future and this is for them. They deserve clean water and fresh air. I believe we should leave this planet in better shape than we found it for our kids, and right now we are not doing that. Half the world is on fire and the other half is under water. We have got to change, and I believe we can. Peace and love, Ringo.”