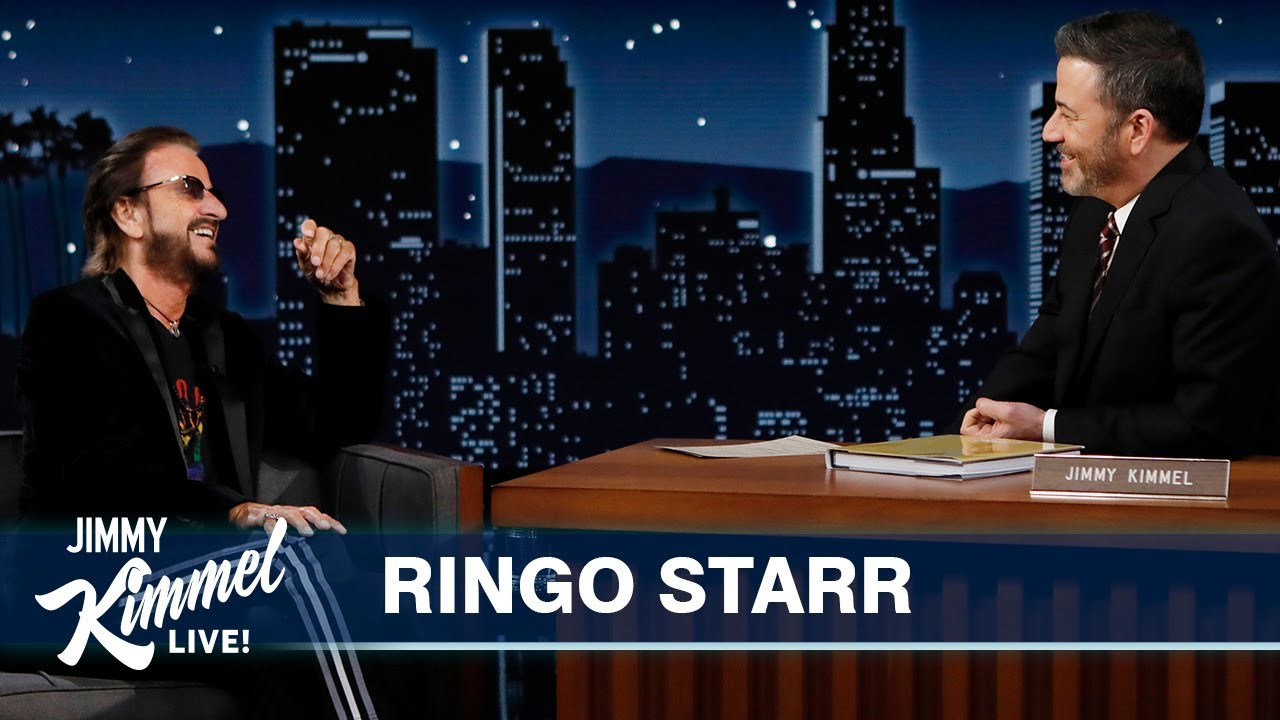 Ringo Starr paid another visit to Jimmy Kimmel Live! on Thursday night to discuss a number of relevant topics surrounding the Beatles legend these days.

The conversation, which spans more than 16 minutes, touches on the excellent new Disney+ documentary series, The Beatles: Get Back, which was directed by Peter Jackson and made its anticipated streaming debut in late November. It also focuses on Ringo’s new book, Lifted: Fab Images and Memories in My Life with the Beatles From Across the Universe, which is available exclusively via Julien’s Auctions.

Another great night with jimmy kennel peace and love😎🌟🌟❤️🎶🍒🌈☮️ pic.twitter.com/K3fRoYynPL

Also covered during his chat with Kimmel is Ringo’s fandom of the Los Angeles Rams, which was made apparent following the team’s victory over the Cincinnati Bengals in Super Bowl LVI last weekend at SoFi Stadium in Los Angeles, thanks to this photo:

We are the champions go Rams go peace and love 😎✌️🌟❤️🌈🥦🎶🍒🕺🏼☮️ pic.twitter.com/kgmnOPI7VH

Starr also discusses memories from his Beatles days, what inspired him to write “Octopus’ Garden,” a postcard sent to him from Paul McCartney right after the Rooftop Concert atop Apple headquarters and, as the Kimmel video’s description states, “farting causing trouble amongst the band” and “who the gassiest Beatle was.”

Enjoy the full conversation below:

In related news, Ringo Starr and his All-Starr Band will head back out on the road later this year for another fun tour of classic singalongs.

Announced recently, joining Starr on the road will be a group of his best musical colleagues and friends, including All-Starr Band regulars Steve Lukather, Colin Hay, Warren Ham, Hamish Stuart and Greg Bissonette, with Edgar Winter returning to the band for this run.