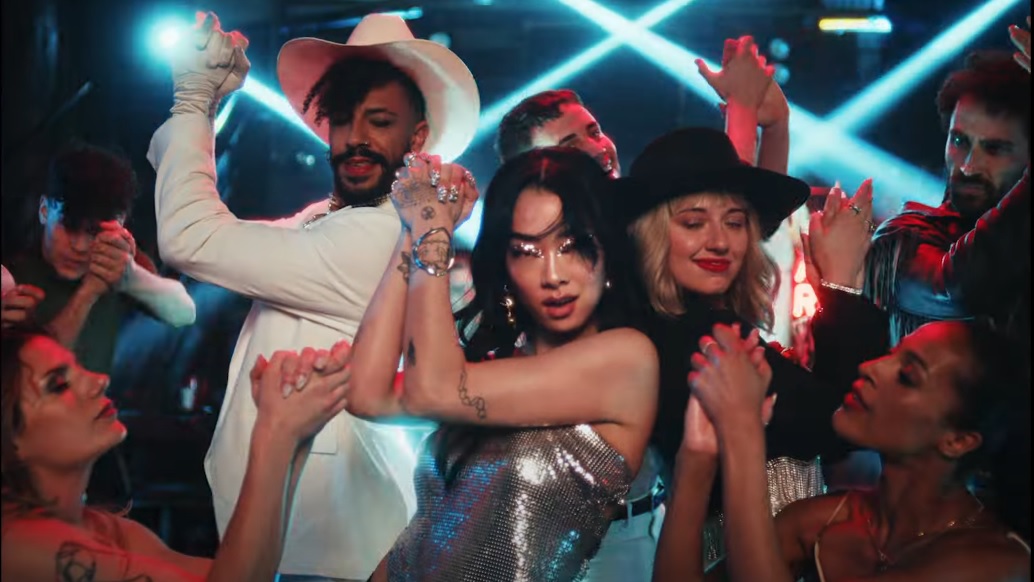 Last month, multifaceted singer/songwriter Rina Sawayama debuted “This Hell,” a confident and exceptionally catchy new song that is aligned with the central goals of the LGBTQ+ community — namely, acceptance, which of course is at the forefront of Pride Month. It’s the lead single to Sawayama’s new album, Hold the Girl, due out Sept. 2 via Dirty Hit.

Sawayama, who publicly identifies as both bisexual and pansexual, “This Hell” has a special importance, especially considering the stories making news lately.

“It’s an important song for me given the human rights that are being taken away from minorities at a rapid rate in the name of traditional religious beliefs, more specifically I was thinking about the rights being taken away from the LGBTQ community when I wrote this song. When the world tells us we don’t deserve love and protection, we have no choice but to give love and protection to each other. This Hell is better with you.”

Channeling her perspective, Sawayama debuted a music video for the track on Wednesday, and it’s perfectly timed to arrive in the middle of Pride Month:

“It was amazing to get back together with director Ali Kurr (‘XS’, ‘Bad Friend’) for the video for ‘This Hell,'” said Sawayama. “We always like to tell engaging stories through film together so this one was about love and community in the face of hatred and dissent.”

The song was co-produced by Paul Epworth and Clarence Clarity and written by Rina alongside Vixen, Epworth and long-term friend and collaborator Lauren Aquilina (Demi Lovato, Little Mix).

Rina Sawayama is one of the most intriguing and risk-taking acts in the rock/pop world these days, and “This Hell” is a captivating introduction to her next chapter. Stay tuned for more.