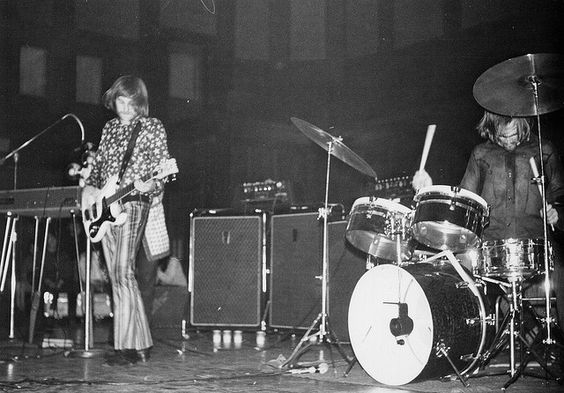 Ron Bushy, drummer of the rock band Iron Butterfly, has died at the age of 79 at the UCLA Medical Center in Los Angeles. He was with family when he died, and cause of death was reportedly esophageal cancer.

Bushy played in all of Iron Butterfly’s 6 albums, and is no-doubt best known for his iconic drum solo on the band’s biggest hit “In-A-Gadda-Da-Vida” off their second album of the same name. Bushy described to Ultimate Classic Rock how the song was written by the band’s organist/singer Doug Ingle:

“He had his little Vox Continental on the cocktail table and a gallon of Red Mountain wine. It was a buck forty-nine in those days, and there was nothing left. Needless to say he was fucked. So anyway, I said, ‘Play it for me.’ He played it and tried to sing it, and it was supposed to be ‘In the Garden of Eden,’ but he was so drunk that it came out ‘In-A-Gadda-Da-Vida.’ So I wrote it down phonetically just like it sounded. The next day we woke up and looked at it. And it sounded really catchy: ‘In-A-Gadda-Da-Vida, in the Garden of Eden, In-A-Gadda-Da-Vida.’ So we kept the title and then took it to rehearsal, started playing with it and messing with it. Before you knew it, it went from a one minute and 20 seconds country song to what it is today.”