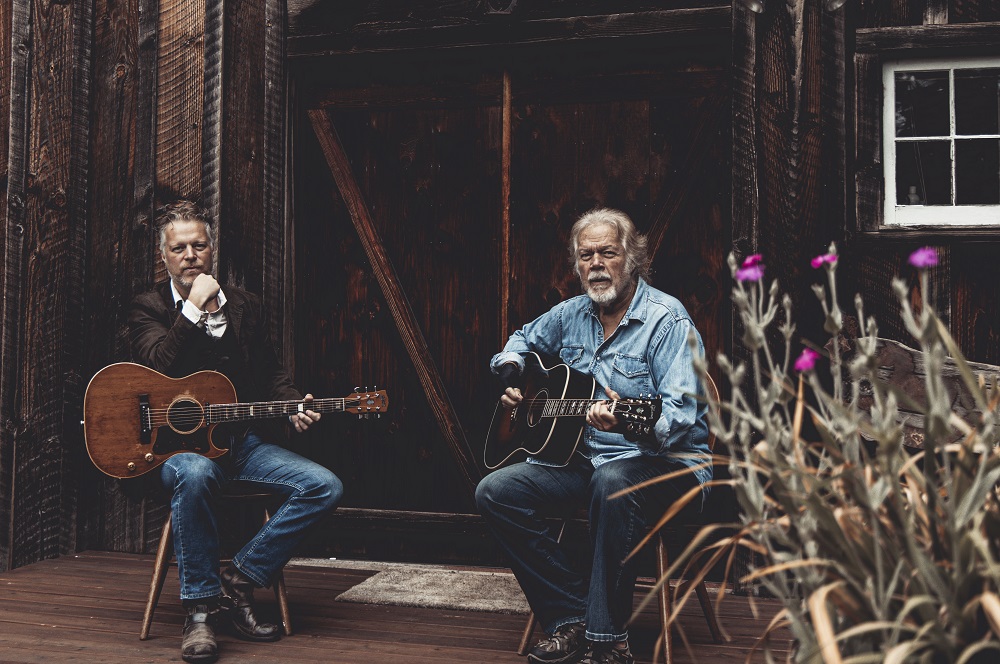 Despite the innumerable challenges presented by the COVID-19 pandemic, Randy Bachman has managed to pierce through the doom and gloom with some sterling offerings, including the Bachman Cummings: The Collection box set, which was released last year, and an upcoming album he recorded with his son, Tal, under the duo name Bachman & Bachman.

The Bachman Cummings album comprises five Guess Who albums, Bachman Turner Overdrive albums, and a selection of Cummings’ solo albums, affording a wide panorama on their combined and individual careers. Bachman Cummings have tour dates set for July 17, 19, 20, 23, and September 3.

The new Bachman and Bachman album diverges significantly from BTO and Guess Who fare, and constitutes a different template for Randy Bachman’s music, with a greater emphasis on “roots” music. The album ranges from the chugging country rock of “Shadows of Yesterday” to the melodic wonder of “Our Leaves Are Green Again,” with excursions into 60’s pop territory. It’s difficult to miss the album’s therapeutic appeal, which injects hopefulness in what often seems like a bleak environment.

Rock Cellar: What are your key impressions when you listen to Bachman Cummings: The Collection?

Randy Bachman: I think it’s a cool collection. The songs were chosen by A&R guys at the different labels for the albums in the collection [including Universal MCA and Sony BMG].  The collection really shows our history, which was a huge part of the history of Winnepeg rock.  I look at it like 43 years of Winnepeg rock — it’s practically biblical. Burton and I were two guys who wanted to forge a songwriting team like Jagger/Richards and Lennon/McCartney. We wrote great songs together, achieved great success, and kept at it on our own. A couple of B-side outtakes were included in the collection, some of which were released in the 70’s, but I don’t think a lot of people heard the songs at the time, since most of these songs quickly went out of print on vinyl.

Click here to pick up Bachman Cummings: The Collection Box Set from our Rock Cellar Store

Rock Cellar: How has your relationship changed with Burton over the years?

Randy Bachman: Actually, it hasn’t changed at all. I first met him when he was 17, and I was 19 or 20. I asked him to join the Guess Who after I saw him sing songs like “House of the Rising Sun,” and I needed a new singer. In the beginning, we had an older brother-younger brother relationship, but soon we had an equal relationship.

Our show in Winnipeg last September went over really well. We played a lot of hits and had a great response from the attendees, who ranged in age from the teens to the 70’s. They were standing outdoors in the cold with masks. And we didn’t even get a chance to play 8 or 9 great songs of ours!

Rock Cellar: The new Bachman & Bachman album sounds like quite a departure from your previous material. Was that pretty much your intention?

Randy Bachman: There was a common thread running through the album. The songs all held together, like Revolver. “Shadows for Yesterday,” for example, was a look back at my life and Tal’s life. We cut the album last June in Washington with Ryan Hadlock, who we’re very happy with. He’s done work for such bands as The Lumineers. We’re in the process of looking for a record label.

Tal Bachman: The album is a cross between the early Eagles and early Tom Petty. We focused on acoustic stuff, and weren’t after guitar virtuosity.

Rock Cellar: How has working with your son, Tal, on the new album and music in general strengthened your relationship with him?

Randy Bachman: It made our relationship a lot stronger. We understood each other better. We’re on an equal playing field when we’re playing together. I respect Tal as a singer and songwriter.   It was a great experience working with him on the album. The album was a storytelling collaboration between father and son.

Tal Bachman: I enjoyed working with my dad a lot on the album. It helps that we have many common musical influences and tastes. The songs develop organically, and we end up with songs that are naturally fully formed. Sometimes, when you work with other musicians on your songs, they try to put twists in the songs that don’t fit, which I think is due to their insecurity. Dad doesn’t do that.  He doesn’t get in the way of the songs.

Rock Cellar: Could you tell us the amazing story of how you found a 1957 orange Gretsch guitar that had been stolen from you in the 70’s?

Randy Bachman: Well, the guitar was stolen from me in a Holiday Inn in Toronto in 1976. The guitar was particularly meaningful to me, as I got it at the age of 18 or 19 and wrote a lot of hits with [it]. Eventually, it turns out that Takeshi, [a musician in Tokyo], had the guitar and wanted to return it to me. I’ve offered to trade another 1957 Gretsch guitar to him in return for my lost Gretsch guitar. [Note: after learning the guitar was stolen, William Long from White Rock, B.C., used sleuthing skills to actually track down the guitar and Takeshi by inspecting online salient features of diverse orange Gretsch models]. I speak to Takeshi via Zoom every two weeks, and am planning to play a concert in Tokyo in June where he’ll hand me my old Gretsch, assuming travel restrictions are lifted then.

I’ve already compiled some film on YouTube of my online exchanges with him and am looking for a company to essentially make a rockumentary of this story and film me in Japan meeting Takeshi in person, when the guitar exchange would take place. The film would be essentially another arrow in my ‘quiver,’ and would ideally accompany the release of the Bachman and Bachman album.

Update Regarding Randy Bachman’s Performance in Tokyo on July 1:

Randy Bachman will be flying to Tokyo on June 16, and will perform briefly at a special event in the theatre of the Canadian Embassy in Tokyo on “Canada Day.”  He’ll perform some of his songs, such as “Takin’ Care of Business,” followed by a performance by Takeshi, the Tokyo musician who currently has Bachman’s 46-year-old Gretsch guitar. During the event, Takeshi will return the guitar to Bachman, and Bachman will give a “sister guitar” (exactly the same model, possibly made in the same week from the same batch) to the Japanese musician.

Bachman plans to add one final song to the Bachman & Bachman album using his recovered Gretsch. A documentary is underway to capture the exchanging of Gretsch guitars, and interviews have already been conducted with Bachman and others for the documentary.

From Randy Bachman’s Instagram:  “En route to Japan to be reunited with my Gretsch! Stay tuned!”

UPDATE to the UPDATE:  On July 1st 2022, the reunion and exchange finally happened after 45 years!  Read about it HERE