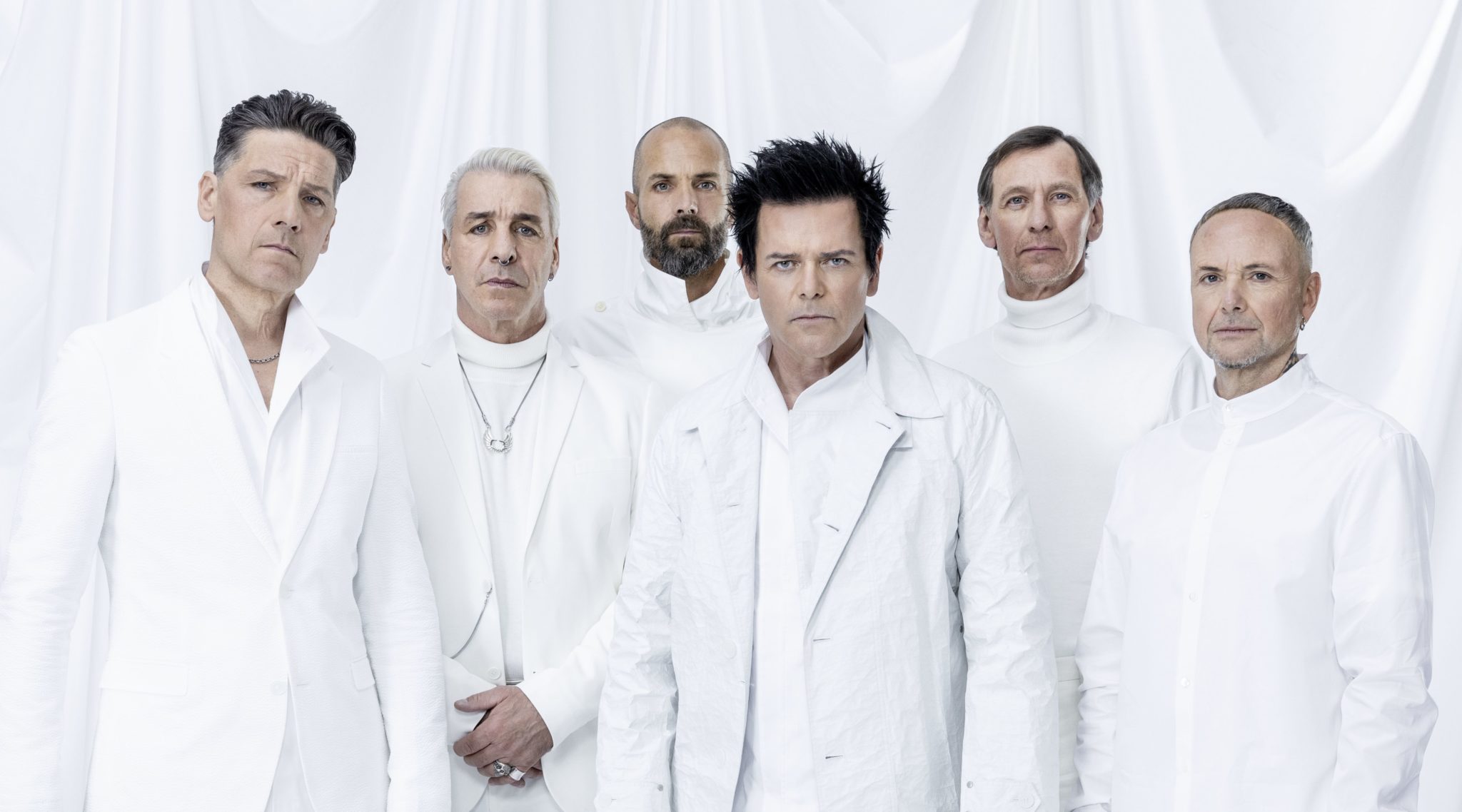 It doesn’t require speaking fluent German to understand the message behind “Adieu,” the track that closes Zeit, the new album from Rammstein.

Vocalist Till Lindemann sings/utters Adieu, goodbye, Auf Wiedersehen in the song’s chorus, and it’s hard not to take it in literal terms.

Will this be the final studio album from the revered industrial/metal titans? If it is, the band has yet to officially say so, but it also wouldn’t be that surprising. For decades, the group has laid waste to stages around the world with its over-the-top live show and thunderous, pulverizing stage presence, set to equally pummeling studio albums of unparalleled aggression and inventiveness.

Now well into their fifties, it’d make sense for things to slow down a bit, at least as far as recording is concerned.

Or is it just a thematic “goodbye” to a behemoth of a record showcasing the band’s precise hold on its own creative vision? Such adherence to self has allowed Rammstein to endure for years and through eight studio albums.

Zeit is the follow-up to 2019’s self-titled record, an LP that ended a then decade-long drought between releases and fueled “last album?” speculations of its own.

According to reports, Zeit was an unplanned album that came together after Rammstein’s world tour plans being postponed due to the COVID-19 pandemic, which afforded unexpected downtime — and, apparently, a wellspring of ideas for the Lindemann and band mates Paul Landers (guitar), Richard Z. Kruspe (guitar), Flake (keyboards), Oliver Riedel (bass) and Christoph Schneider (drums) to work on during lockdown. 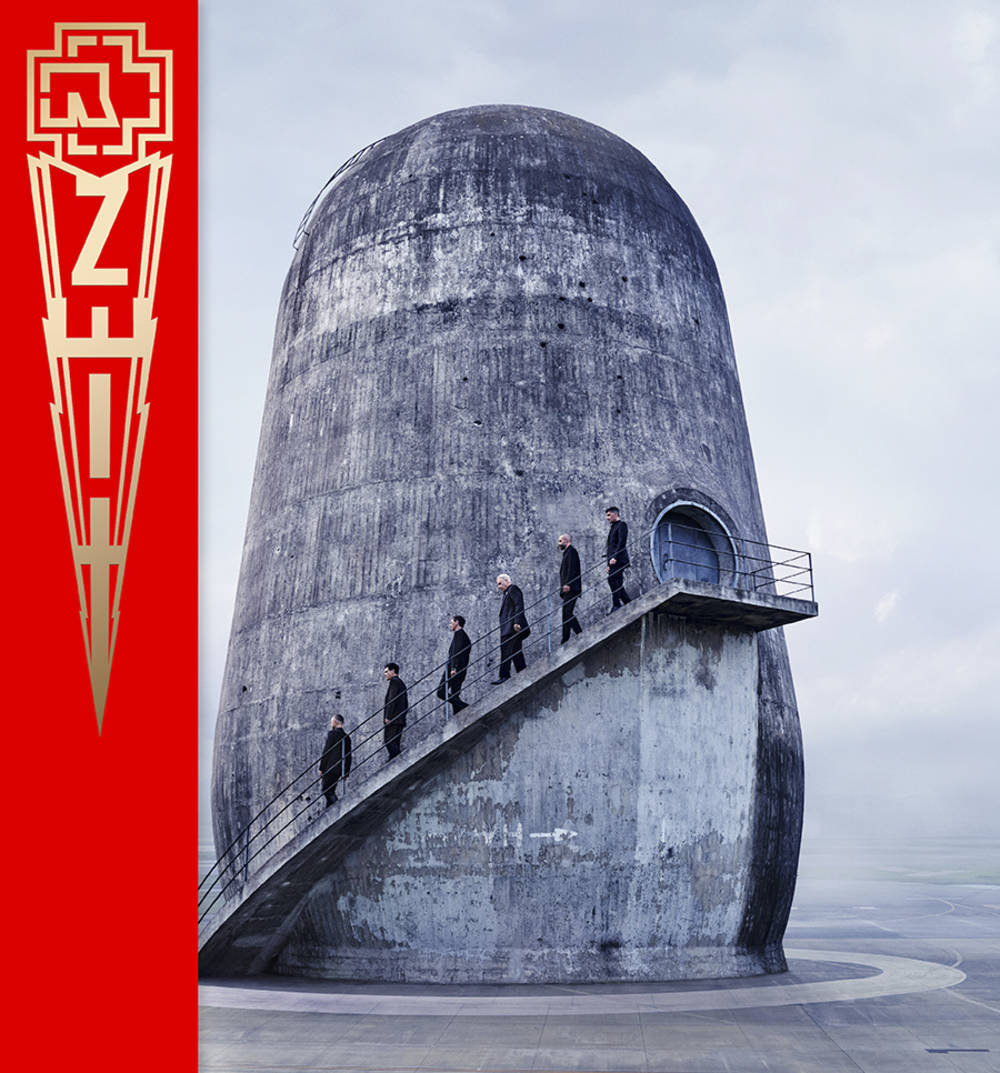 That time served the group well, as Zeit is a no-holds-barred showcase of the group’s dynamic appeal and undying ability to sound like absolutely nobody else but themselves.

Three years later, Rammstein has returned with a record whose title translates to “Time.” It was first previewed with a cinematic and especially dramatic music video for its title track, a high concept rumination on the fleeting nature of time and life itself. The introduction is translated as follows:

Some things should be, some shouldn’t
We see, but we are blind
We throw shadows without light

In typical Rammstein fashion, the next single shared ahead of release day was “Zick Zack,” a more irreverent selection with a music video depicting the band members in heavy makeup stylized to look like plastic surgery to the extreme. Rammstein has frequently held a mirror up to humanity as a whole over the years, with this latest example of the group’s biting social commentary:

Per Genius, its chorus translates to:

Snip-snip, snip-snip, cut that off
Tick-tock, tick-tock, you’re getting old
Your time is running out slowly

Of course, Rammstein records always tend to blend dark, brooding industrial/metal with overtones of more lighthearted (read: highly sexualized) subject matter, which is the case again on the song “Dicke Titten,” which translates to … “Big Boobs”:

This dichotomy by the thematically heavy and the ridiculous has lent a certain duality to Rammstein’s catalog, a calling card of the group’s singular musical identity that has helped the group carve its own place in the global hard rock/metal scene for nearly 30 years.

In the United States, the band may still most known for “Du Hast,” the driving, synth-focused standout from its 1997 album Sehnsucht, but for those who’ve dug deeper into subsequent releases, the rewards have been plentiful.

Give Zeit a listen to experience the latest solid set of engaging and effectively disturbing compositions from the band.

A news release also promises “a major European and North American tour in spring and summer 2022” in addition to the release of Zeit, so stay tuned for more. Rammstein had previously rescheduled some stadium tour dates in North America — its first such huge outdoor venue gigs in the country.

Those shows are now slated to begin in late August, pending any further rescheduling: