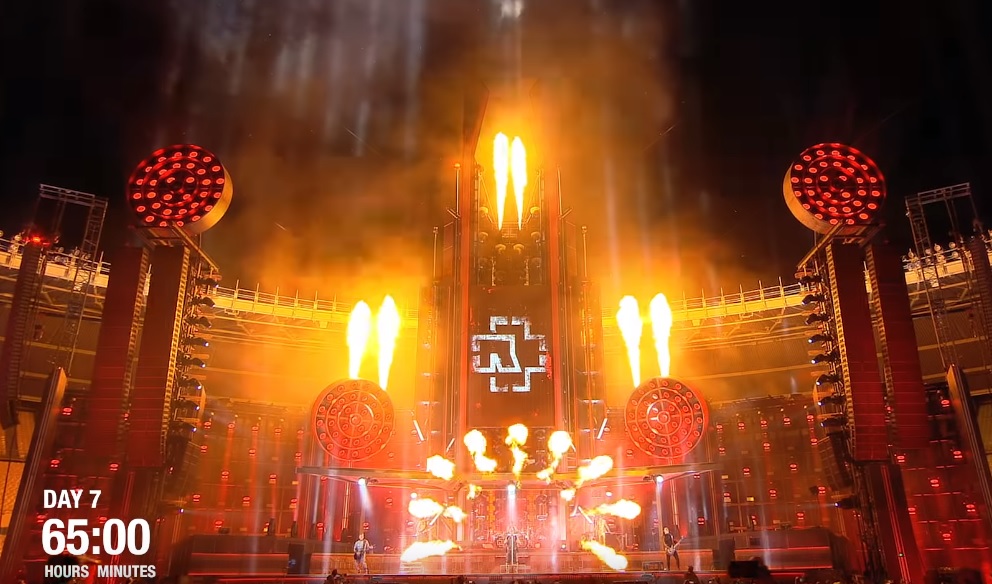 The German industrial/metal band is known for its unreal live concert spectacles, which include fireworks, explosions, bombast and a general sensory overload that is quite a lot to process.

And, apparently, setting all of this madness up for each stadium gig takes more than 60 hours! But don’t take our word for it — watch this time-lapse video released by the band this week. Notice the number of many trucks, workers and incredible attention to detail that goes into this spectacle:

Rammstein recently announced a string of European stadium gigs, as well as its first-ever stadium tour of North America. Set for August and September, the dates can be seen below … and, as the above has demonstrated, it makes sense to see a day or two (or three) separating each show, as we now have a clearer understanding of what goes into each gig.

All of this comes after Rammstein released its self-titled seventh studio album in May 2019 — ending a decade-long drought between records and announcing that yes, it was very much still alive, aggressive and dynamic.