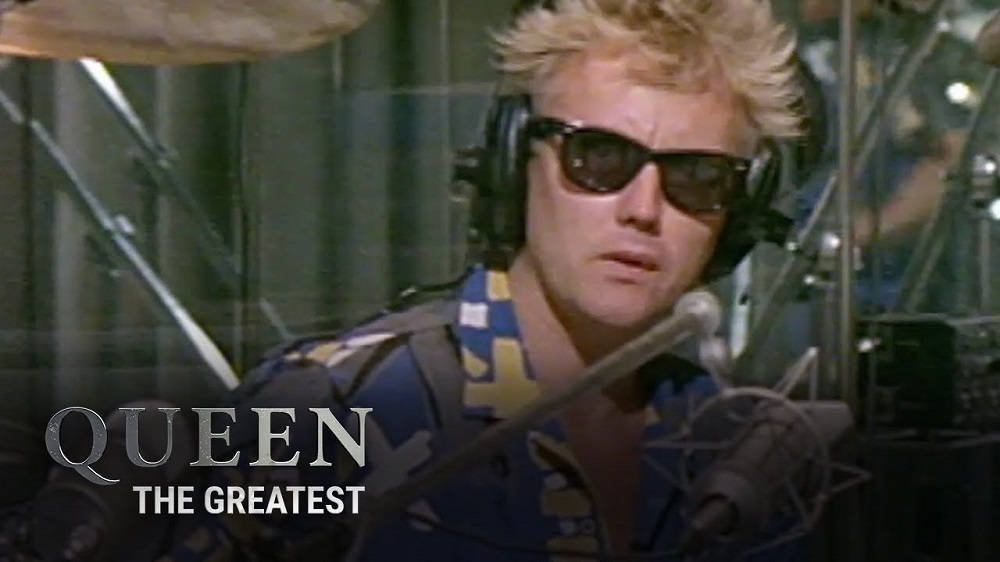 It’s Friday again, and that means another entry in The Greatest, the ongoing YouTube series from Queen championing important moments in the English rock group‘s vaunted history.

Queen: Behind the Hits — Roger Taylor is the title of this latest entry, which focuses on five of the band’s biggest hits written by drummer Roger Taylor, a list that includes “Radio Ga Ga,” which  was a No. 1 hit in 19 countries.

Additional context regarding Taylor’s songwriting success, per a news release:

More chart success for Taylor followed on the band’s next album with the title track, “A Kind of Magic,” accompanied by another classic video in which Freddie gets to weave his ‘magic’ over his less than glamorous looking band mates.

By the time The Miracle album came along in 1989, songs were being credited as being composed by Queen, rather than individually – but it is acknowledged that Roger was the originator of two of the album’s chart hits – “Invisible Man” and “Breakthru.”

“These Are The Days of Our Lives” is a song close to every Queen fan’s heart and although it was originally conceived by Roger as a reflective song about parenthood, it took on a different significance on its release, coming shortly after the tragic loss of Freddie Mercury. The song, deservedly, gave Queen a number one hit.