Originally released in May of 1989, The Miracle was the 13th studio album from Queen and the penultimate release from the band with lead singer Freddie Mercury. Its release came at a difficult time for the English rock band, as Mercury’s positive HIV diagnosis became known by the band around that time (though it was not public knowledge yet).

On Nov. 18, Queen will revisit the record as The Miracle Collector’s Edition, highlighted by a remastered LP version of the original album, accentuated by a host of bonus material including “original takes, demos and rough cuts, and six previously unreleased tracks – plus intimate fly-on-the-wall audio of the band at work in the studio.”

One of those previously unreleased tracks, “Face It Alone,” was shared with the news as a preview of the collection:

The track is the first new song featuring Mercury since 2014, when the band released Queen Forever, which included “Let Me in Your Heart Again,” “Love Kills” and “There Must Be More to Life Than This.”

Some context about “Face It Alone” and this reissue of The Miracle, per a news release:

Among its contents, the expanded set includes The Miracle Sessions: an hour-plus disc of further previously unreleased recordings, including six unpublished songs. Just as tantalising for fans, the audio includes the band’s candid spoken exchanges on the studio floor in London and Montreux, giving the most revealing window yet into the four members’ creative process and the joy, in-jokes and banter on their return to working together.

“Face It Alone” was originally recorded during the band’s historic 1988 sessions for that album, a prolific period which saw the band lay down around 30 tracks, many of which were never released, but remained among those that didn’t make the final album cut. It was rediscovered when the band’s production and archive team returned to those sessions to work on The Miracle box set reissue.

“We’d kind of forgotten about this track,” admits Roger Taylor, “but there it was, this little gem. It’s wonderful, a real discovery. It’s a very passionate piece.”

👑 Watch the brand NEW Lyric video for Face It Alone, the highly anticipated ‘lost’ track and the first Queen song in over 8 Years!https://t.co/RCswGLY6tT 🎥#FaceItAlone pic.twitter.com/sQK5M71tkA

“I’m happy that our team were able to find this track. After all these years, it’s great to hear all four of us … yes, Deacy is there too … working in the studio on a great song idea which never quite got completed … until now!”

The first single from The Miracle was “I Want It All,” which peaked at No. 3 on charts around the world and was a key late-era hit by the band:

And some extended context for the album sessions that spawned The Miracle:

The hugely prolific sessions for The Miracle began in December 1987 and stretched out to March 1989. It was to be one of the most consequential periods in Queen’s history. Fifteen months previously, on August 9, 1986, Queen’s mighty Europe Magic Tour had ended on a high, before an estimated audience of more than 160,000 at Knebworth Park in Britain. As the band left the stage that night – toasting the flagship show of their biggest tour to date – they could hardly have foreseen that Knebworth marked a line in the sand. This would be Queen’s final live show with Freddie and the first in a chain of pivotal moments that would lead towards a lengthy separation for the band.

It would take 15 months and a radical re-structuring of internal band dynamics before Queen regrouped in London’s Townhouse Studios on December 3rd, 1987, to start work on their thirteenth studio album. For the first time, Queen would share songwriting credits equally, regardless of who conceived each song, a consensus of opinion that was to have fertile results. “Splitting the credits was a very important decision for us. We left our egos outside the studio door,” says Brian, “and worked together as a real band – something that wasn’t always the case. I wish we’d done it 15 years before.”

Said Roger: “Decisions are made on artistic merit, so ‘Everybody wrote everything’ is the line, rather than ego or anything else getting in the way. We seem to work together better now than we did before. We’re fairly up-and-down characters. We have different tastes in many ways. We used to have lots of arguments in the studio, but this time we decided to share all the songwriting, which I think was very democratic and a good idea.” 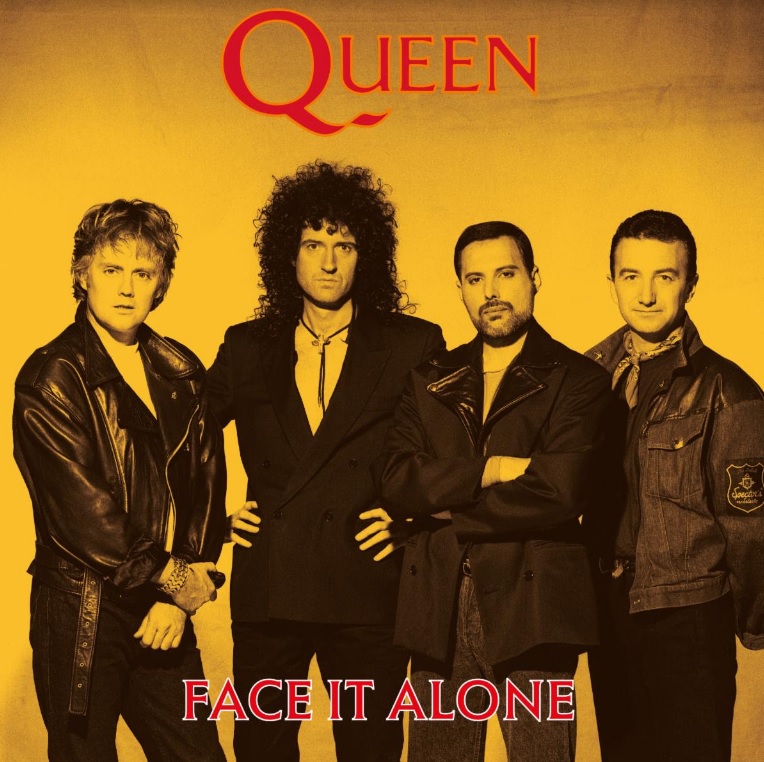 And the detailed track listing for The Miracle Collector’s Edition:

VINYL LP: The Miracle
Long Lost Original LP Cut
The Miracle as never heard before. Sourced from a master tape from March 1989, the Long Lost Cut reinstates “Too Much Love Will Kill You” as it was originally intended, in the exact position on Side One allotted in 1989, nestled between “I Want It All” and “The Invisible Man.” The updated LP sleeve presents the album with a gatefold cover for the first time in its history.
CD 1: THE MIRACLE
The album as originally released on CD, remastered by Bob Ludwig in 2011 from the original first-generation master mixes.
CD 2: THE MIRACLE SESSIONS
A fascinating window into the band’s creative process featuring much sought-after original takes, demos and early versions, including the new single “Face It Alone,” among six previously unheard tracks. Just as revealing – and sure to be prized by the Queen hardcore – are the spoken exchanges between the four members at the Townhouse, Olympic and Mountain Studios, giving listeners a unique snapshot of their friendship and working dynamic.
CD 3: ALTERNATIVE MIRACLE
Recreates the proposed follow-up to the album, Alternative Miracle. Originally considered at the time, this compilation of extra tracks from The Miracle, B-sides, extended versions and single versions was cancelled due to a heavy release schedule.
CD 4: MIRACU-MENTALS
Instrumentals and backing tracks of the ten songs that make up The Miracle.
CD 5, THE MIRACLE RADIO INTERVIEWS
The band discuss, in their own words, the creative process behind the album. The first interview, Queen for an Hour, was broadcast on BBC Radio 1 on May 29, 1989. Host Mike Read speaks with the band for what would be their final group interview. In this interview, Freddie suggests for the first time that his touring days are over. The second interview presents Roger Taylor and Brian May talking with host Bob Coburn and taking live telephone calls on the popular US radio programme Rockline.
BLU-RAY / DVD: The Miracle Videos
The Miracle Videos includes the five promotional music videos and bonus content on both Blu-ray and DVD formats.
“I Want It All”
“Breakthru”
“The Invisible Man”
“Scandal”
“The Miracle”
Plus:
The Miracle Interviews:
Interviews with Roger, Brian and John on the set of the “Breakthru” film shoot in June 1989, by Gavin Taylor.
John Deacon has given no further interviews since that day.
The Making of the Miracle Videos:
This feature contains behind the scenes footage of “I Want It All,” “Scandal,” “The Miracle” and “Breakthru” videos.
The Making of the Miracle Album Cover:
Queen’s graphic designer Richard Gray talks about and demonstrates how he made the ground-breaking The Miracle album cover.
THE MIRACLE
COLLECTOR’S EDITION – 2022
Executive Producers: Brian May and Roger Taylor
All tracks written by Queen
Except: “Too Much Love Will Kill You” (May, Musker, Lamers),
“My Melancholy Blues” (Mercury), and “You Know You Belong To Me” (May)
Content supervised by Justin Shirley-Smith, Kris Fredriksson and Greg Brooks.
Audio compilation and restoration Kris Fredriksson
Project managed by Emma Donoghue
In an always fascinating and sometimes amusing read, The Miracle Collector’s Edition hardback art book also looks back across two pages on how critics of the time responded to The Miracle on its original release.
Brian MayFreddie Mercuryjohn deaconQueenreissueRoger Taylorthe miracle