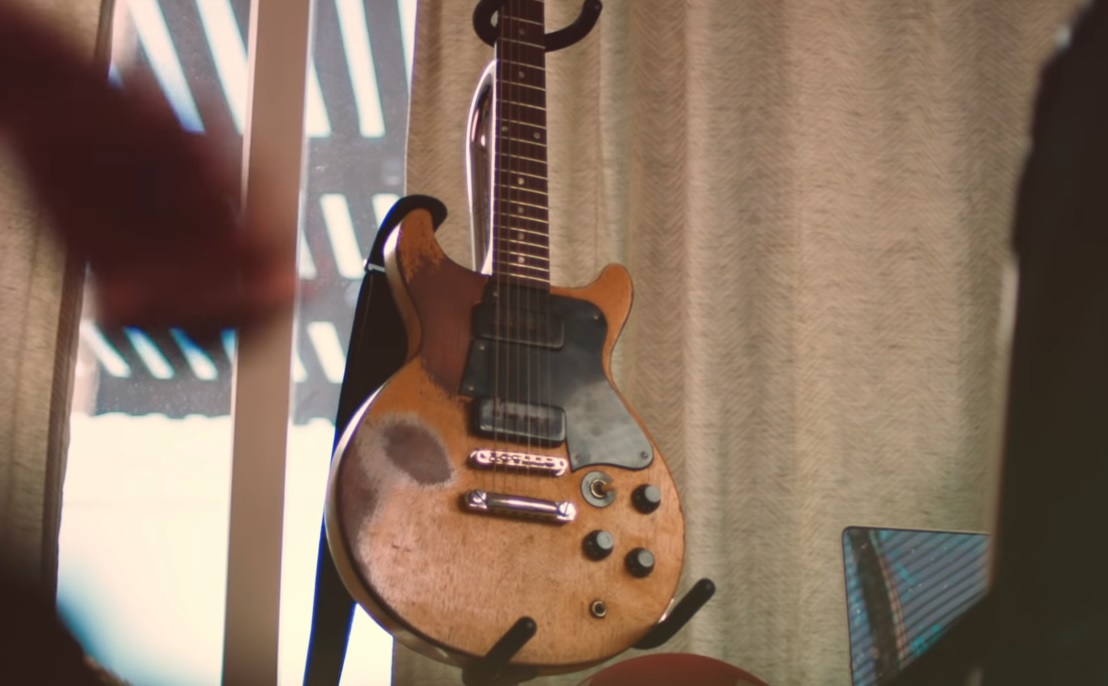 Canadian punk/indie band PUP has been busy previewing a new album titled The Unraveling of PUPTHEBAND, due on April 1.

The latest song shared from the record arrived on Tuesday in the form of a music video for “Matilda,” which is essentially guitarist/vocalist Stefan Babcock coming to terms with the “guilt and sadness and shame” he felt after casting aside a guitar he used to play all the time:

“Matilda is the name of my favorite guitar. She was a gift from my friend Ryan, after watching me accidentally break the only guitar I owned in the middle of a long tour. I had no money to buy a replacement, and Ryan’s act of kindness is up there on my list of ‘nicest things anyone’s ever done for me’. I played Matilda nonstop for 7 years at every PUP show, even when my bandmates started complaining that she sounded like shit. As the band got bigger, the pressure to sound better was building and so I bought a ‘good’ guitar and played Matilda less and less. Before I knew it I hadn’t played her in over a year. I wrote this song based on this intense feeling of guilt and sadness and shame and nostalgia and regret, watching her rot away in a corner. I love this guitar and I love Ryan and wanted to do right by them, and I felt like I’d failed them both. I convinced the band that Matilda deserved one last rip on a PUP record, and I played her during the bridge of this song. It sounds so shitty. But good shitty. Great shitty. For me, it was the most joyful and cathartic moment in the entire making of this record.”

Recorded over the summer of 2021 in Connecticut at the “bat-filled mansion” of producer Peter Katis, The Unraveling of PUPTHEBAND was announced earlier and came with the premiere of a music video for “Robot Writes a Love Song,” which a news release describes as coming from “the perspective of a computer being overwhelmed unto death by actual human emotions.”

The circumstances of the album’s recording process, which came during the still-present COVID-19 pandemic and in the aforementioned “bat-filled mansion,” lent itself to a particularly inspired setting. As a news release states:

With more time in the studio, they were able to craft their songs sonically in a way they were unable to in the past, and allowed themselves to incorporate new instruments like piano, synths, horns, and more for the first time. Though made in madness-inducing isolation (aside from Peter and the bats, of course), PUP were remotely joined on the album by Sarah from Illuminati Hotties, Kathryn from NOBRO, Mel from Casper Skulls, and Erik from Remo Drive. The result is not just the next PUP record, but the *most* PUP record.

PUP’s most recent studio album is 2019’s Morbid Stuff, a record that pushed the band to new audiences.

The band also has a slew of tour dates coming up soon, including a coveted spot at the Coachella Valley Music & Arts Festival in April: