PUP named its new album Morbid Stuff, and that’s a solid representation of the themes explored on the Toronto band’s third studio album, which was released on Friday via Little Dipper/Rise. The follow-up to 2016’s The Dream is Over, which attained the band some significant buzz among punk/indie circles, Morbid Stuff ought to make PUP an even bigger player in the music scene.

There’s a hard-charging, hard-riffing aesthetic to the band’s punk/rock/garage brand of music, while guitarist/vocalist Stefan Babcock delivers his lines in an anxious, almost panicked fashion — lines that, by the way, tackle a number of serious emotions, among them depression, fears, anxieties and the like. In that sense, there’s a tremendous sense of catharsis exuded throughout the band’s new record.

“Just ‘cuz you’re sad again/It doesn’t make you special,” shouts Babcock on “Free at Last,” which is a great way to express the fact that everybody deals with these thoughts — people who feel particularly weighed down by theirs may think they’re the only people dealing with those thoughts, but that’s not true. Understanding that can be difficult, of course, due to the power these thoughts have over us sometimes.

Matching this bare emotion to music as aggressive, aesthetically cheerful and melodic works exceptionally well. With Morbid Stuff, PUP have put together a collection of their catchiest, hook-filled songs, the guitars whipping around in a melodic frenzy matching Babcock’s vocals and the charging rhythm section. 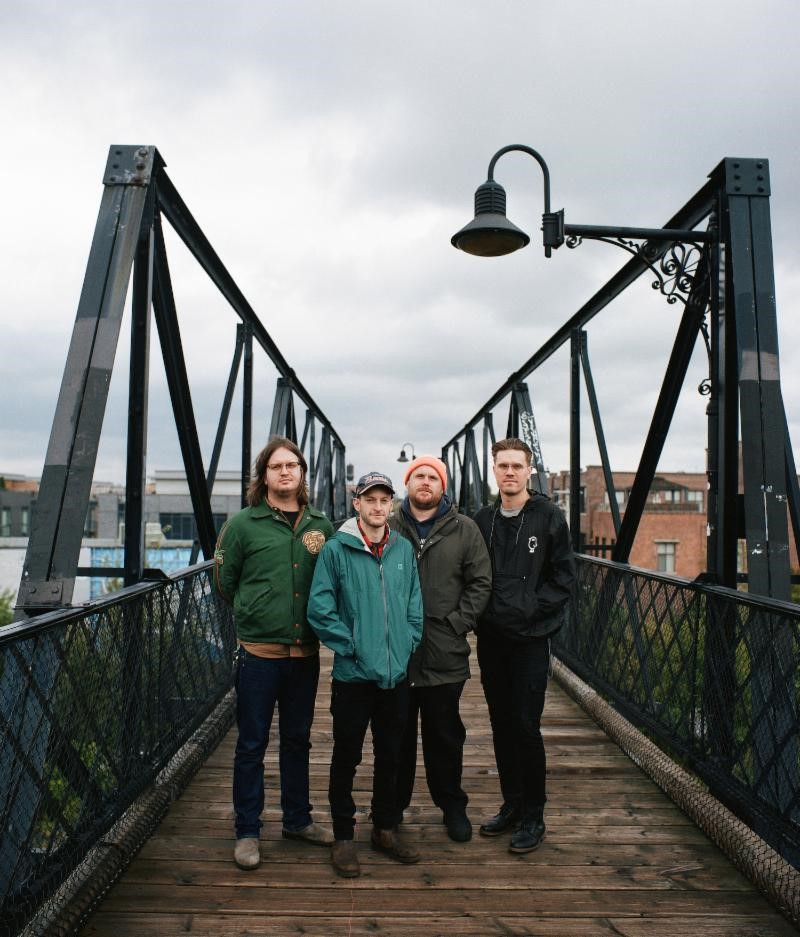 The news release for the record sums it up well:

Fitting to their ethos, their new album takes the dichotomy of fun and emotional wreckage in their songs and teeters between gleeful chaos and bleak oblivion while wielding some of the best choruses the band has ever written. It’s the most insightful, sweetest, funniest, sickest, angriest, saddest and most inescapably desperate collection of songs they’ve recorded to date.

These may be songs about desperation, death and darkness, thoughts we all have on the inside every now and then, but it’s all wrapped up in a musical package that looks cheerful and upbeat to the outside world.

And when you think about it, that’s pretty perfect.

And catch PUP on the road in the coming months, though most shows are rapidly selling out, if not already sold out …