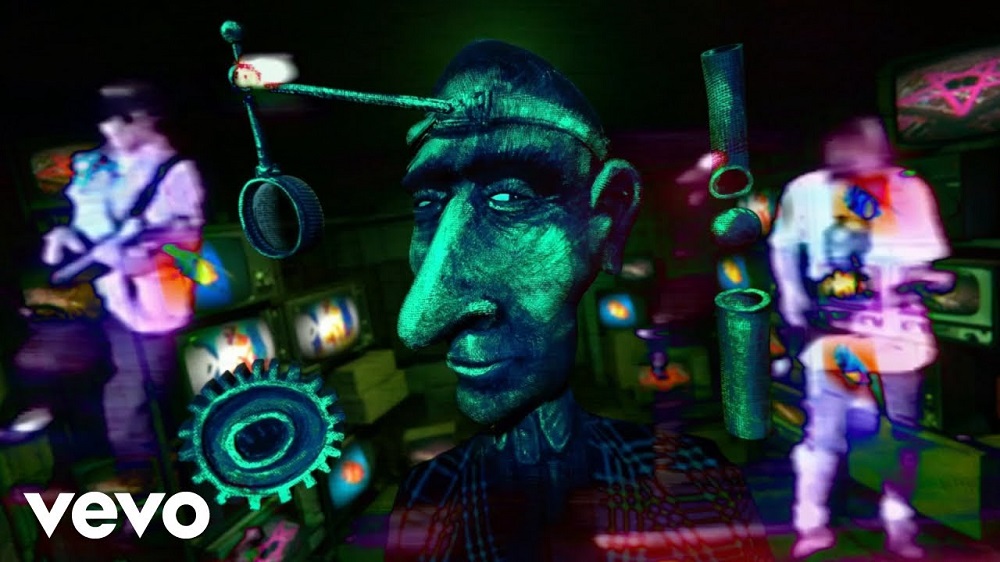 Having recently relaunched its A Tribute to Kings tour honoring Rush, Les Claypool and Primus had even more in store: on Friday, the irreverent and revered experimental rock band released Conspiranoid, a three-song EP that marks the first bit of new material from Primus in five years.

Here’s a fittingly trippy music video for the EP’s 11-minute title track, described by Claypool as “a long, winding, bastard of a song”:

“‘Conspiranoia’ was sprouted from a seed I had planted in my notebook a year or so ago — a few lines commenting on the mental state of the contemporary world,” said Claypool in a statement.

"Conspiranoid", the new 3-song EP from #Primus, is available digitally NOW. Listen on your preferred streaming platform and pre-order the LP on Chemtrail White vinyl at https://t.co/R3owxraQ4i pic.twitter.com/GSLEdshxnm

The ‘Conspiranoid’ EP follows the release of “Zelensky: The Man With the Iron Balls,” a collaboration with Eugene Hütz of Gogol Bordello, written to rally support for the Ukrainian people. Released this week via Rolling Stone, the track also features Stewart Copeland, Sean Lennon, Billy Strings, and Sergey Ryabtsev, with proceeds supporting Nova Ukraine, a nonprofit organization dedicated to providing humanitarian aid to the people of Ukraine. The artists are inviting listeners to show their support by submitting clips of themselves, their friends, colleagues, children, pets, or anyone else they deem appropriate clapping along to the song. Video clips can be sent to ironballs@primusville.com and additional details can be found in the video notes here.

1. Conspiranoia
2. Follow The Fool
3. Erin On The Side Of Caution

Stream the EP below.

And the A Tribute to Kings tour schedule, which will find Primus covering Rush’s 1977 classic album A Farewell to Kings in its entirety before a set of their own material: