Home / Playing for Change: Watch Robbie Robertson, Ringo Starr and Musicians Around the World Team Up to Play ‘The Weight’

Playing for Change: Watch Robbie Robertson, Ringo Starr and Musicians Around the World Team Up to Play ‘The Weight’ 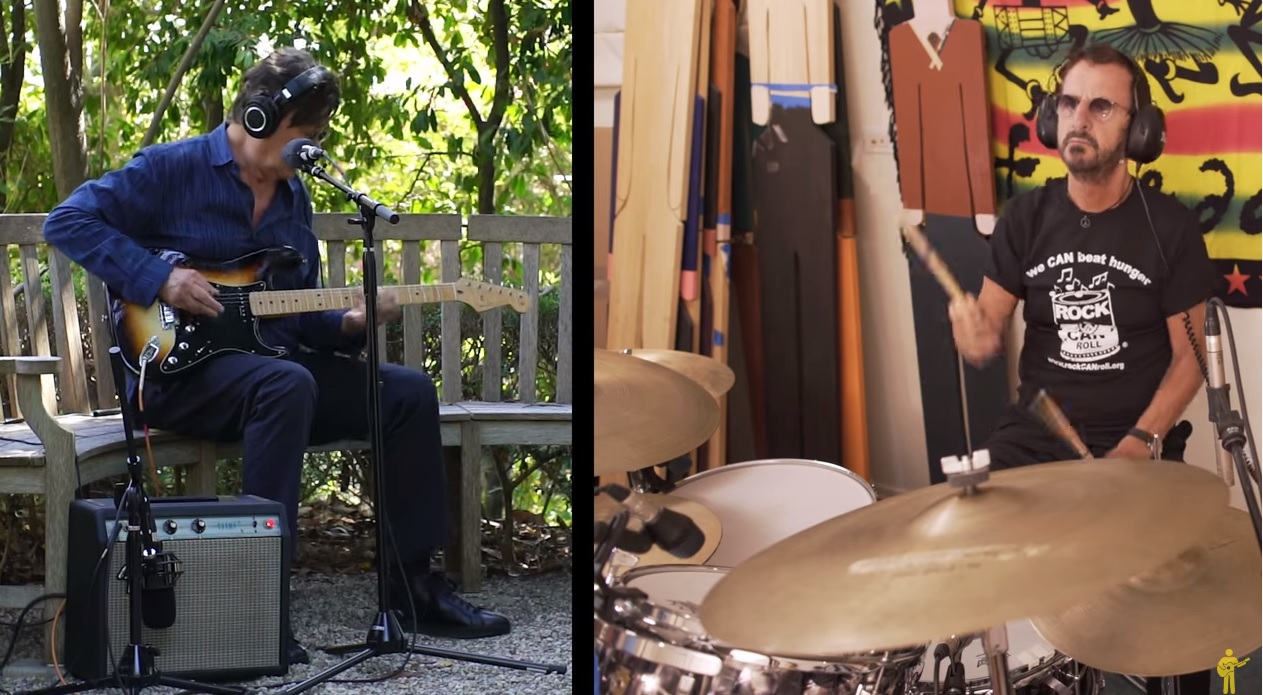 The Playing For Change initiative is designed to showcase the power of music to unite people of all backgrounds, origins and countries — in this case, literally.

On Wednesday, a video was uploaded that features Robbie Robertson of the Band, accompanied by Ringo Starr on drums and a host of guitarists and musicians spread across the world (including but not limited to Lukas Nelson, Roberto Luti, Marcus King, Larkin Poe, Japanese guitarist Char and many others), all contributing his or her own unique role in bringing the classic song from The Band to life.

It’s a marvel of technology and coordination between all of these different musicians, donating their time and effort for the cause.

Rolling Stone has a feature up interviewing Playing For Change co-founder Mark Johnson, discussing how this all came about:

“We made it brick by brick, starting with Robbie. That’s what makes this special. We could never have never assembled this group in the studio. You need to go there, and then when you go there, you’re where they feel comfortable. You hear that in the music.”

As to what Playing For Change is, overall:

“I would say Playing for Change is a movement uniting and connecting people all over the world through music. And in order to do that, you need to do it in different ways, so we create songs around the world, videos where all these musicians from different countries who never met play songs together. Those go online, and that kind of becomes a viral and a digital way for people to see the world. Then we realize that this doesn’t mean anything if we don’t give back to the people. So we created the Playing for Change foundation ten years ago, and we build music and art schools all over the world, and then we connect all those kids together like the videos. Kids in America meet kids in West African and they see it’s the home of the blues, not the home of Ebola. We get to reinvent how people see the world through the lens of music. Instead of showing people with guns, we show people with guitars. Playing for Change is about opening up how people see the world through the lens of music and art. We had the for-profit business that supports grown-up musicians, and a non-profit that supports children. And all our schools are free and the communities run them, so they all have the culture of where they’re from. We have 15 schools now.”

Pretty special stuff, isn’t it? For more, visit the Playing for Change website.