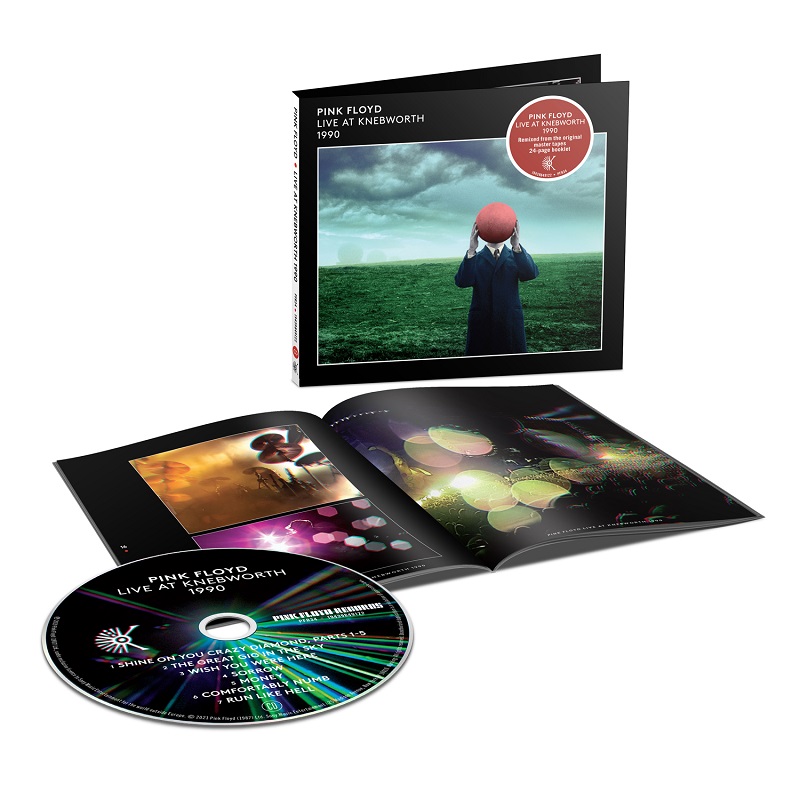 On April 30, Pink Floyd will release Live at Knebworth 1990, a seven-track live collection capturing a magical night from the heralded English group at the vaunted U.K. outdoor venue. The live concert was previously unreleased outside of being included in 2019’s The Later Years box set, so this marks its first standalone issue.

On 30 April, Pink Floyd Live At Knebworth 1990 will be released for the first time on CD, double vinyl, and digital platforms. The concert was part of the star-studded Silver Clef Award Winners performance at Knebworth House, headlined by Pink Floyd.https://t.co/lRWp5rZomX pic.twitter.com/FIqGP9l6vv

Pink Floyd Live at Knebworth 1990 is available for pre-order now:

As a preview of the live album, here’s “Shine On You Crazy Diamond (Pts. 1-5),” which was debuted along with the announcement:

More details about the Live at Knebworth set, per its description:

The concert was part of the star-studded 1990 Silver Clef Award Winners performance at Knebworth House, in Hertfordshire, England, headlined by Pink Floyd. The concert, in front of around 120,000 fans, was a fundraiser for the Nordoff Robbins Music Therapy Charity, and also included Paul McCartney, Genesis, Dire Straits, Eric Clapton, Cliff Richard & The Shadows, Elton John, Status Quo, Tears For Fears, and Robert Plant & Jimmy Page. The Floyd set was performed by the touring line-up of the late 1980s, with a slight change to the vocalists – joining Durga McBroom was Sam Brown, her mother Vicki, and Clare Torry (original vocalist for The Great Gig In The Sky). Saxophonist Candy Dulfer and keyboard player Michael Kamen also joined the band for this one-off show. The audio has been remixed by David Gilmour and Andy Jackson, and following its appearance in 2019’s The Later Years box set, is now available on CD or double vinyl for the first time as a standalone album.

1. Shine On You Crazy Diamond, Parts 1-5
2. The Great Gig In The Sky
3. Wish You Were Here
4. Sorrow
5. Money
6. Comfortably Numb
7. Run Like Hell
knebworthlive albumpink floyd