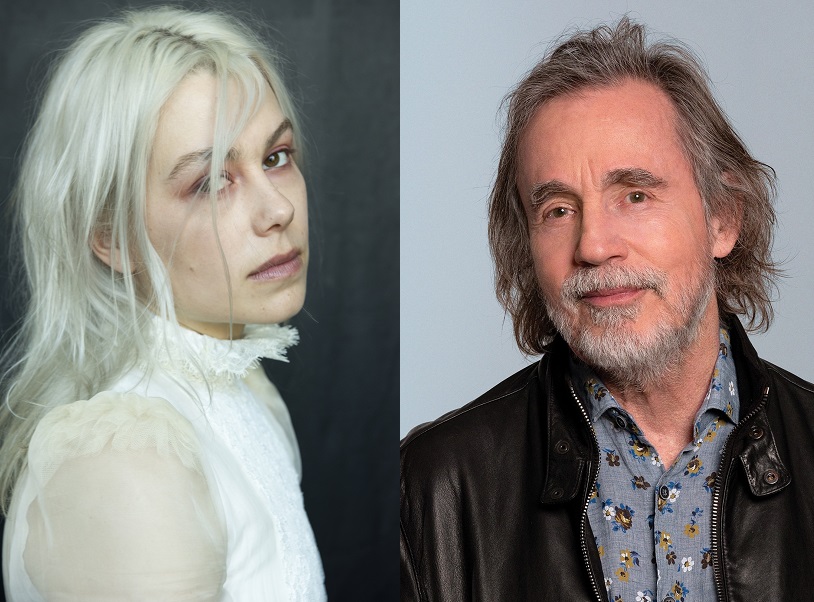 This Sunday, March 14, singer/songwriter Phoebe Bridgers is poised for a potentially big night at the 2021 Grammy Awards, where her 2020 single “Kyoto” is up for two awards (Best Rock Performance and Best Rock Song).

In the days leading up to the Grammy Awards ceremony, Spotify is releasing special Spotify Singles recordings — and Tuesday brought with it a new version of “Kyoto” that finds Bridgers teaming up with the legendary Jackson Browne for a new version, Browne providing some typically iconic backing vocals.

Compositionally, this fresh rendition of the standout track from Bridgers’ Punisher album is more stripped-down and delicate than the original, and the team-up between Bridgers and Browne pair two acclaimed Los Angeles songwriting talents.

The b-side to this Spotify Singles release is a new version of Bridgers’ cover of “Summer’s End,” originally by the late John Prine and featuring Maria Taylor of Azure Ray.

Stream them both below:

It’s worth noting that Phoebe Bridgers is also up for two more Grammy Awards this Sunday, among her four total nominations. Punisher, her stellar sophomore full-length record that was released in June, is in the running for Best Alternative Album, while Bridgers herself is a candidate for Best New Artist.

Bridgers also introduced herself further in early February with her first appearance on Saturday Night Live, a performance she capped with an (attempted) guitar smash after the final notes of “I Know the End,” the dramatic closing song on Punisher:

phoebe bridgers screaming into the mic and then smashing her guitar on snl is something that can be so personal pic.twitter.com/0SXQILc011