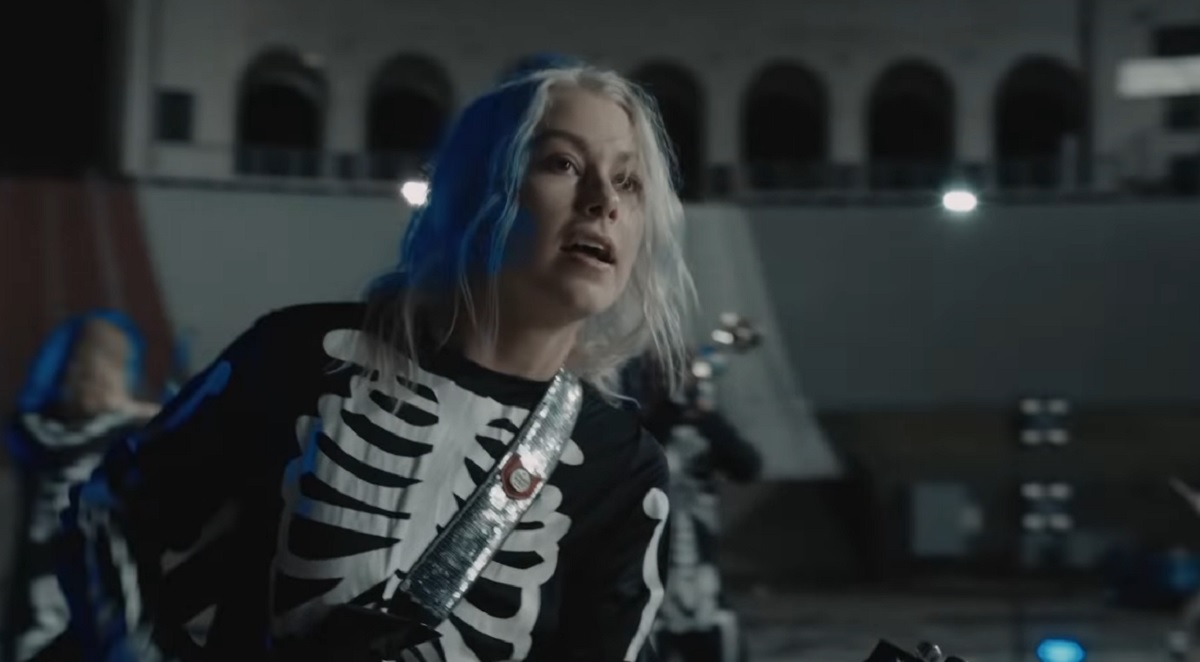 These are strange times — the strangest many of us have seen, due to the COVID-19 pandemic. And it’s during this strange, unsettling time that Los Angeles-based singer/songwriter Phoebe Bridgers released Punisher, her arresting sophomore album.

The record was released on June 19, and quickly rose to the top of many Best Of 2020 lists thanks to Bridgers’ blend of provocative lyrics and emotive songwriting. (Read our detailed album review by clicking here).

The album’s final track, “I Know the End,” was among its finest moments, a rousing conclusion to the collective whole of Punisher. A music video for the song (directed by Alissa Torvinen) was premiered on Wednesday, and its tone and haunting visual elements match the song’s in terms of narrative power.

Plus, there’s some screaming, which always sets the mood effectively.

Featuring some scenes at an eerily empty Los Angeles Coliseum (and Bridgers and her band mates in matching skeleton suits), the video’s a real trip: