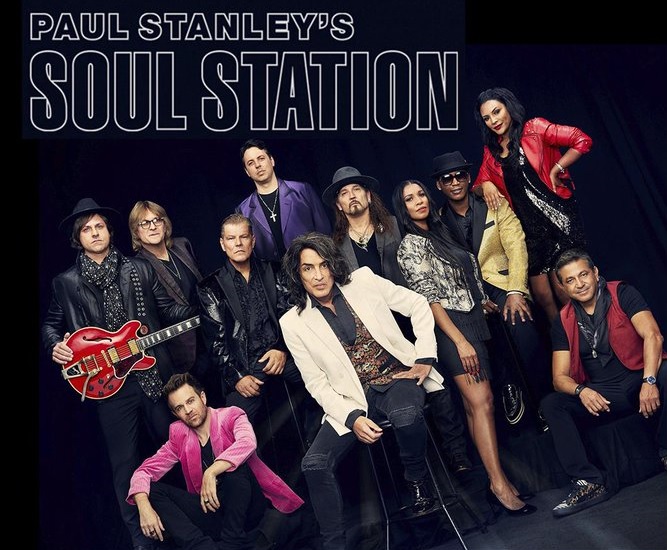 The past few weeks have seen a few premieres from KISS icon Paul Stanley and his personal new project, Paul Stanley’s Soul Station, an expression of his lifelong affinity for soul music.

On Friday, the ensemble debuted a new song titled “I, Oh I,” the third official single shared thus far from the new record. Unlike the majority of what’s to come on the album, it’s an original tune … and a fun one, at that:

“As much as Soul Station is rooted in the past, I wanted our music to also live in the present,” said Stanley of the song in a statement. ““I, Oh I” shows what can grow from those deep roots. With love and respect, we’re proud of where we come from and where we’re going. Check out the first of 5 originals from the album!”

The album was announced in mid-January, and pre-orders are up now.

Here’s another single from the album in the form of a cover of the Spinners’ classic “Could It Be I’m Falling in Love”:

As well as this thoughtful reimagining of The Five Stairsteps’ “O-O-H Child”:

Said Paul Stanley in a statement:

“Between us doing some great Soul Station shows and starting the album, I started to think that neither the band or the music we love should depend only on the past, so I started writing with the goal of seamlessly taking songs into the present. From what a lot of people I respect have told me, that mission was accomplished.”