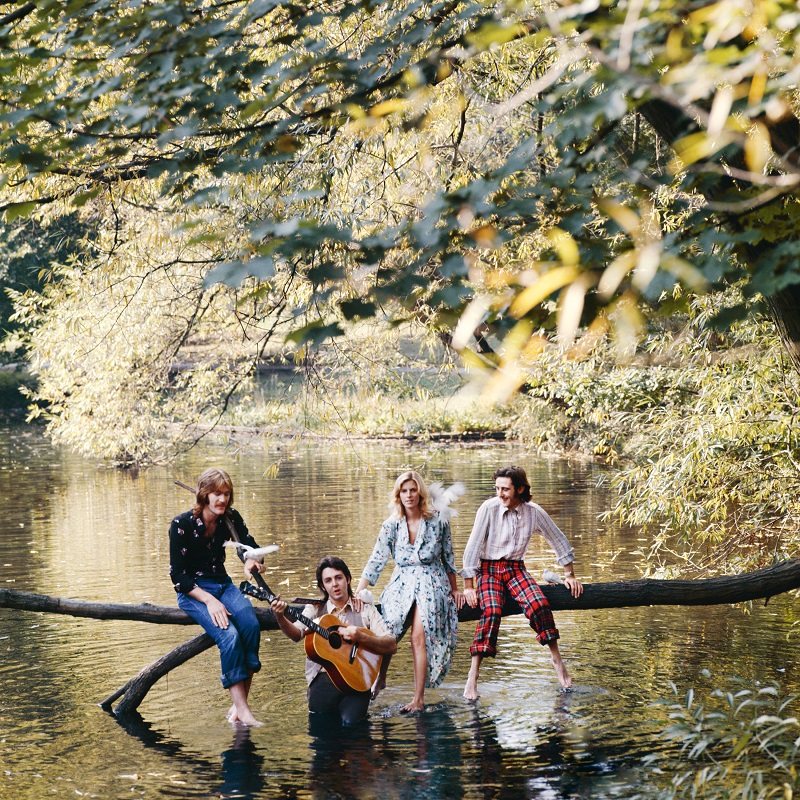 Originally released on Dec. 7, 1971, Wild Life was the debut studio album from Paul McCartney & Wings, as well as McCartney‘s third studio record after the dissolution of the Beatles. As today marks the actual 50th anniversary of the original release, what better date to reveal a special release to commemorate the occasion?

On Feb. 4, 2022, UMe will re-release Wild Life as a limited-edition, half-speed mastered vinyl, as detailed on Tuesday.

To celebrate the 50th anniversary, the album will be released as a limited edition half-speed mastered vinyl pressing. Find out more and pre-order: https://t.co/ZGqhY4rycc pic.twitter.com/DVdCuLxwMt

Here’s some additional information about the album and its context:

Following the eclectic charm and intimacy of 1970’s solo McCartney and 1971’s homespun lo-fi indie-pop progenitor RAM credited to Paul and Linda McCartney, Wild Life found Paul once again redefining his post-Beatles creative identity, this time beginning his tenure as a founding member of Wings. A rollicking left turn from its predecessors, Wild Life was recorded in barely more than a week, with more than half of the songs captured in a single take. The end result would be eight songs running the gamut from joyous freewheeling jams to proto-chamber pop to spare introspective musings — all bristling with a raw, jagged energy akin to the grungiest of garage bands—whether on the careening blues-rock rave-up of opener “Mumbo,” a reggae-tinged reimagining of Mickey & Sylvia’s “Love Is Strange,” or the plaintive and heart wrenching ballad “Dear Friend.”

Cracking the top 10 and going gold in the US, Wild Life faced an admittedly uphill battle as the debut of Paul’s first post-Beatles band. In a recent reassessment, Billboard noted that modern-day Wild Life listeners “can throw out all this cultural baggage and just enjoy the tunes… by not reaching for any obvious Beatles tropes, Wings achieved something fresh and inviting…” And in fact, Wild Life would prove to be the first spark of the Wings phenomenon that would develop and flourish into one of the defining sounds of ’70s rock n roll. The streak of #1 albums from Red Rose Speedway, Band On The Run, Venus And Mars, At The Speed Of Sound through the 3LP live opus Wings Over America, and the sold-out shows that provided the blueprint for the ’70s arena rock experience—can all be traced back to the big bang of those first eight months during which Wings would form, release Wild Life in December 1971 and play their first-ever live shows in February 1972.

For more on that era of McCartney’s career and the blossoming musical ensemble that was Wings, here are a few paragraphs from Rock Cellar’s 2019 interview with Wings drummer and longtime McCartney colleague and friend, Denny Seiwell:

“We knew exactly what was going on. This is what was interesting about this time: you have a different hat on a different head for doing session work. And now, you put on the band hat. “Okay, now I’m a member of a rock and roll band.” You think differently. You approach the music differently. And so, before we went in to record it, we’d just rehearsed up in Scotland. I don’t know how long we were there. Not forever, for sure. And when we went in to Abbey Road to record Wild Life, it was supposed to be an absolutely raw, fresh, first look at a new band.

“I know that, geez, I think five of those eight songs were first takes; the rhythm tracks were first takes. You know, we would get in there and just get the sounds right, and then … give it a shot! And we’d all say, ‘Wow. That was great!’ I mean, here’s Paul and I working, as usual, you know, we had that hookup of bass and drums, and now Denny Laine, who’d play the rhythm part. And then we took some time after that to put on guitar parts, and harmonies, and all that, because we did spend a little more time on overdubs. But the basic tracks were done very simply. We, tried to get that freshness of first takes.”