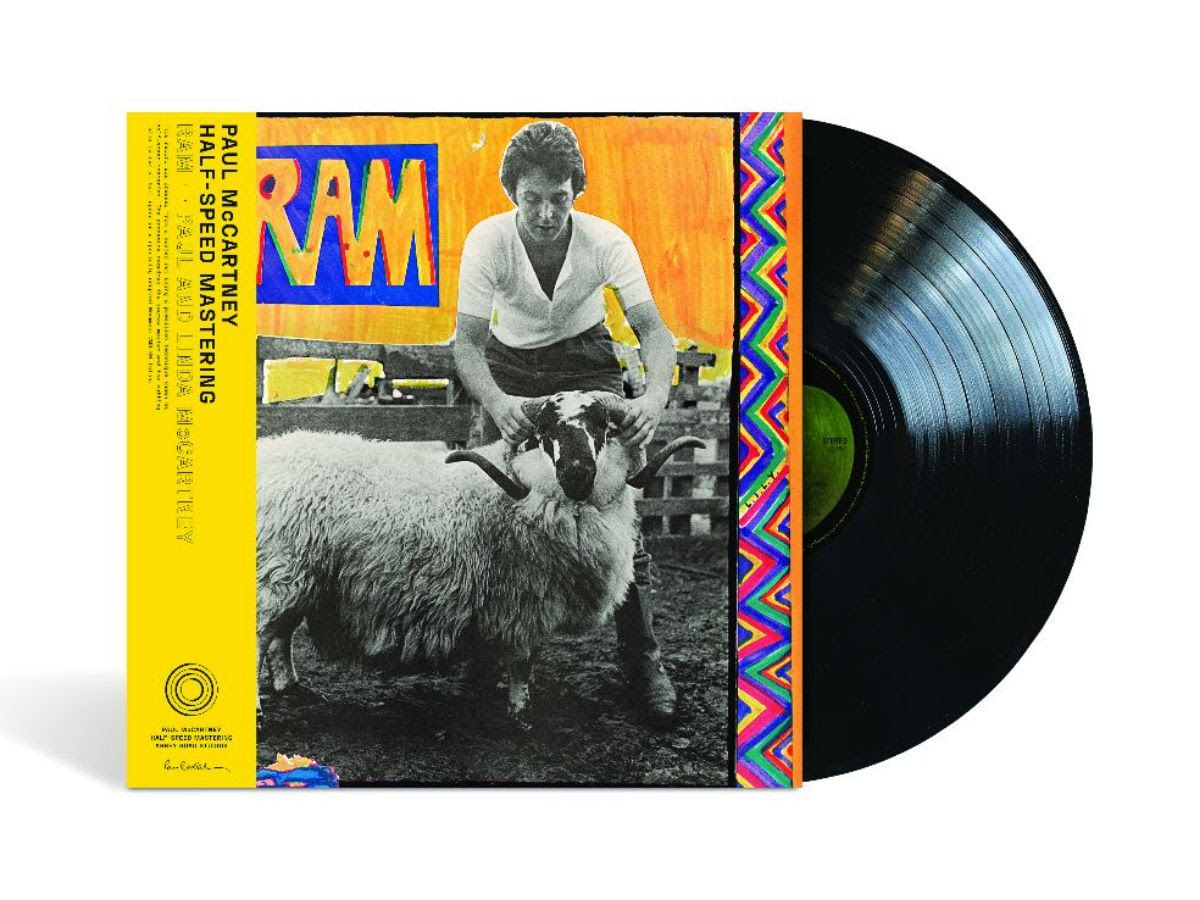 50 years ago today, May 17, Paul McCartney and his wife, Linda McCartney, released RAM, their first and only album as a duo.

#OnThisDay in 1971, Paul and Linda McCartney released their first and only album as a duo. #RAMiversary 🐏
Join the Listening Party today at 6pm BST / 10am PDT: https://t.co/00Gah3dvUm pic.twitter.com/PD1FMH0c43

To mark the occasion, McCartney and UMe have revisited the album for a special 50th anniversary vinyl edition. The limited edition half-speed vinyl is sold out at McCartney’s official site, but as of this afternoon you can purchase it via uDiscover Music at this link.

Some additional details regarding this special RAM reissue from Team McCartney:

The only album to be credited to both Paul and Linda McCartney, RAM was created mostly at Paul and Linda’s farm in Scotland (following initial, more traditional studio sessions in New York). Unlike the completely solo sessions that resulted in Paul’s eponymous debut album, the recording of RAM found Paul and Linda enlisting a number of musicians, including Denny Seiwell who would become a founding member of Wings, Paul’s next musical adventure.

Live out your cottage core dreams and watch the remastered music video for 'Heart of the Country'. Now available on @youtube: https://t.co/JQhstyEOla #RAMiversary 🐏 pic.twitter.com/6VCq5DbvNs

The RAM sessions were completed in early 1971, also yielding the standalone single Another Day, a worldwide hit that preceded RAM’s May 1971 release.

RAM’s singular sonic palette was unlike its predecessor—or anything else for that matter—and has grown exponentially in stature and influence over the decades. Critically polarizing at the time, the album was instantly beloved by fans, hitting #1 in the UK and giving Paul his first post-Beatles American #1 single, the GRAMMY-winning Uncle Albert/Admiral Halsey. In recent years the record has continued to solidify its standing as one of the most loved in Paul’s unparalleled output. Fans and critics alike continue to sing its praises: Rolling Stone has hailed the album as a “masterpiece” and “a grand psychedelic ramble full of divine melodies,” Pitchfork has praised it as “a domestic-bliss album, one of the weirdest, earthiest, and most honest ever made,” and Mojo, perhaps most accurately of all, has deemed RAM “quintessentially McCartney.”