Home / Watch Paul McCartney’s Virtual Duet with John Lennon for “I’ve Got a Feeling” at ‘Got Back’ U.S. Tour Launch

Watch Paul McCartney’s Virtual Duet with John Lennon for “I’ve Got a Feeling” at ‘Got Back’ U.S. Tour Launch 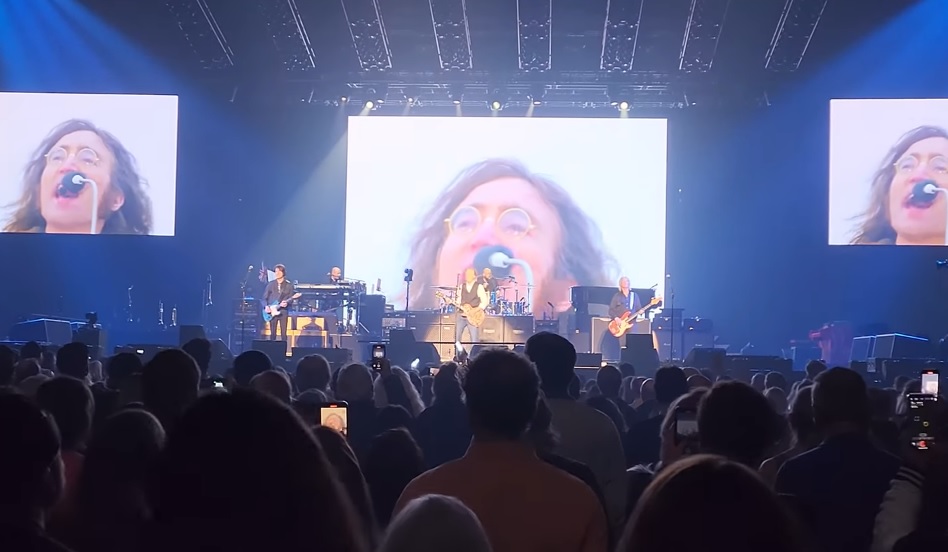 This past Thursday, Sir Paul McCartney began his anticipated Got Back U.S. tour with a show in Spokane, Wa., and the marathon set from Sir Paul and his esteemed backing band was a full celebration of his amazing career of music.

For the encore, Macca and his band re-emerged for a six song sendoff that began with the Beatles classic, “I’ve Got a Feeling.” A few minutes into the performance, a video of John Lennon singing the track appeared behind the band, effectively facilitating a “duet” between Paul and John, no doubt quite a magical sight for all in attendance.

It’s also quite a scene to behold on video, too:

In all, Paul McCartney and his band powered through 36 songs of hits, classics and beloved gems from his versatile catalog, including the Beatles, Wings and beyond. If you’re eager to experience this tour in person — which you absolutely should — catch a show below: