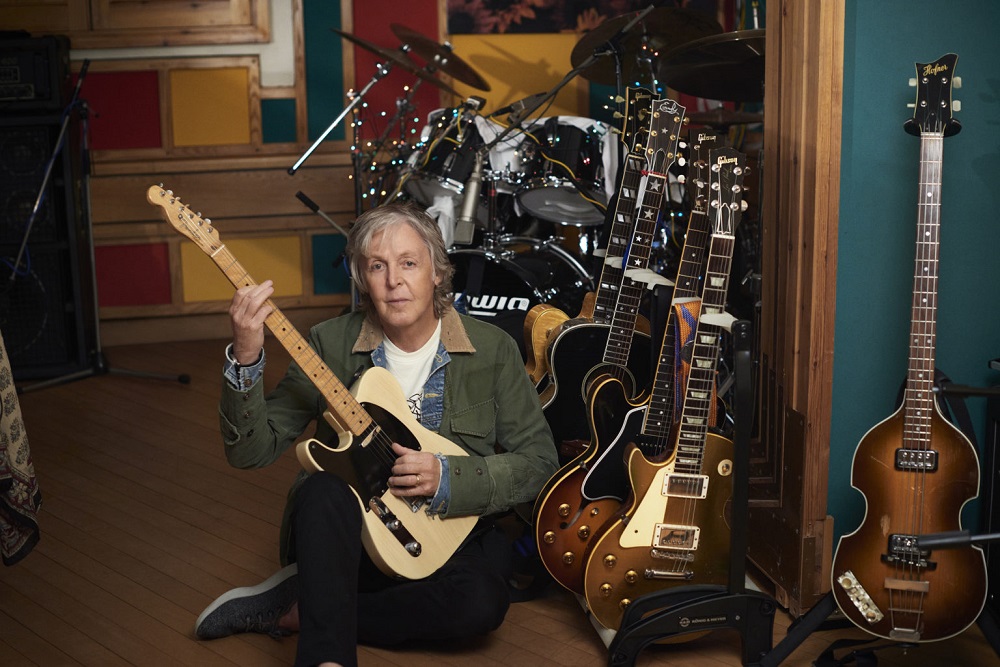 Sir Paul McCartney chose the final weeks of 2020 to release his new album … and now, finally, McCartney III is here. The record, which follows in the footsteps of 1970’s McCartney LP and 1980’s McCartney II, and is his first release since 2018’s Egypt Station, features music entirely written, performed and produced by “Macca,” making this a fully “hands-on” creative experience from the Beatles legend.

In the build-up to the record’s release, Sir Paul referred to the album as coming from “rockdown,” referring to being relegated to isolation during much of 2020, like the rest of us, due to COVID-19 restrictions.

There wasn’t a standard pre-release single or music video ahead of McCartney III. There was, though, an official album trailer:

Everything else, though, was just dropped at once, right now, making it all a rather exhilarating experience, honestly. Here’s a new music video for “Find My Way,” shared late Thursday evening:

Here’s a special video with McCartney and Chris Rock:

Paul checked in with Jimmy Fallon on The Tonight Show about all things McCartney III:

More on the album and how it came about:

Recorded earlier this year in Sussex, McCartney III is mostly built from live takes of Paul on vocals and guitar or piano, overdubbing his bass playing, drumming, etc. atop that foundation. McCartney III spans a vast and intimate range of modes and moods, from soul searching to wistful, from playful to raucous and all points between — captured with some of the same gear from Paul’s Rude Studio used as far back as 1971 Wings sessions.

And Paul’s array of vintage instruments he played on the new album have an even more storied history, including Bill Black of Elvis Presley’s original trio’s double bass alongside Paul’s own iconic Hofner violin bass, and a mellotron from Abbey Road Studios used on Beatles recordings, to name but a few. Just as McCartney’s 1970 release marked Paul’s return to basics in the wake of the biggest band break-up in musical history, and the 1980 avant-garde masterpiece McCartney II rose from the ashes of Wings, McCartney III finds Paul back on his own, turning unexpected circumstances into a personal snapshot of a timeless artist at a unique point in history.

As the years roll on, times change … but Sir Paul McCartney just keeps doing his thing, in his own way, and McCartney III is one of the stronger collections of music he’s released in quite some time.