Home / A Youthful, Digitally De-Aged Paul McCartney Dances Up a Storm in a New Video for ‘Find My Way’, ft. Beck (from ‘III Imagined’)

A Youthful, Digitally De-Aged Paul McCartney Dances Up a Storm in a New Video for ‘Find My Way’, ft. Beck (from ‘III Imagined’) 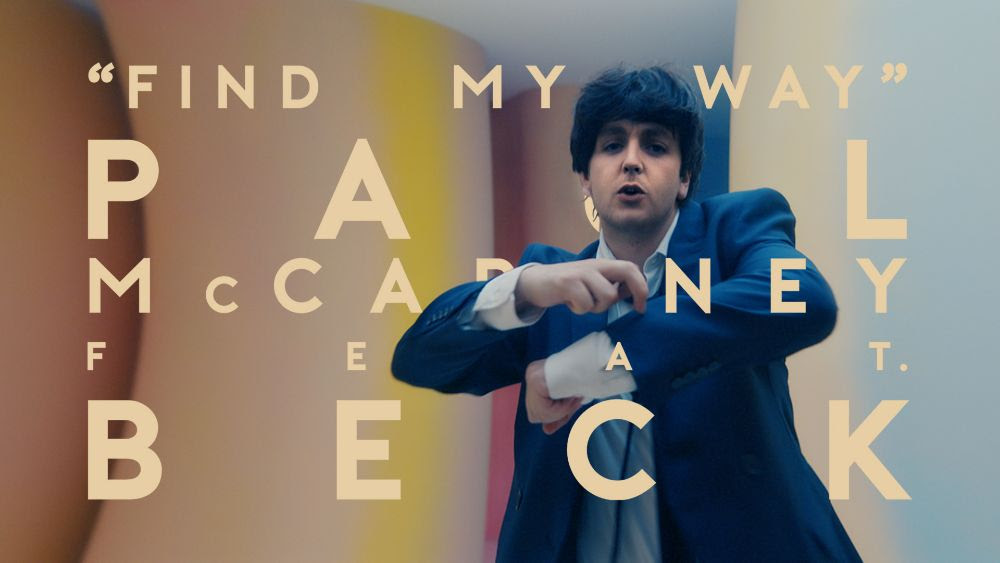 Sir Paul McCartney just celebrated his 79th birthday in June, but you wouldn’t know it from his new music video for “Find My Way,” a collaboration with Beck that kicks off III Imagined, the new revisiting of McCartney’s great 2020 solo album that was released in April digitally and is set for a physical release tomorrow, July 23.

Utilizing some state-of-the-art digital effects, Macca looks like his younger self in the clip — think the height of Beatlemania-era McCartney — but it all looks very real, even as the on-screen McCartney dances up a storm until the very end of the video, at which point Beck himself removes a McCartney mask in an amusing cameo.

So, how’d that video come about? Per a news release:

The “Find My Way (feat. Beck)” video was co-produced by Hyperreal Digital, which specializes in the creation of hyper-realistic digital avatars. “The technology to de-age talent and have them perform in creative environments like this is now fully-realized, even with one of the most recognized faces in the world,” said Hyperreal’s CEO Remington Scott.

Step back in time and onto the dancefloor 🕺
'Find My Way (feat. @beck)'. The brand new music video. Watch now: https://t.co/vVcMfSLVTS pic.twitter.com/n5DaT3yrtK

The end result is a refreshing way to revisit a great record as a project that bridges the gap between genres and styles (check the collaborations with Fike, Anderson .Paak and Phoebe Bridgers) seamlessly, further showcasing Macca’s status as a musical mastermind of the scale few others have ever reached.