When you’ve been through what Ozzy Osbourne has been through the past few years, you have every right to take a step back, slow down, and take stock of things.

That’s not what the “Prince of Darkness” has done, however, despite a particularly trying time that saw him go public with a Parkinson’s diagnosis — not to mention a series of debilitating injuries and spinal surgery that could very well have spelled the end of his music career … or worse.

But still, Ozzy prevails, and today, Sept. 9 he returns with Patient Number 9 — with album artwork literally depicting him thinking, pondering … contemplating. A record that has been previewed in recent weeks, it’s the follow-up to 2020’s Ordinary Man, which scored Osbourne a No. 1 hit around the world. 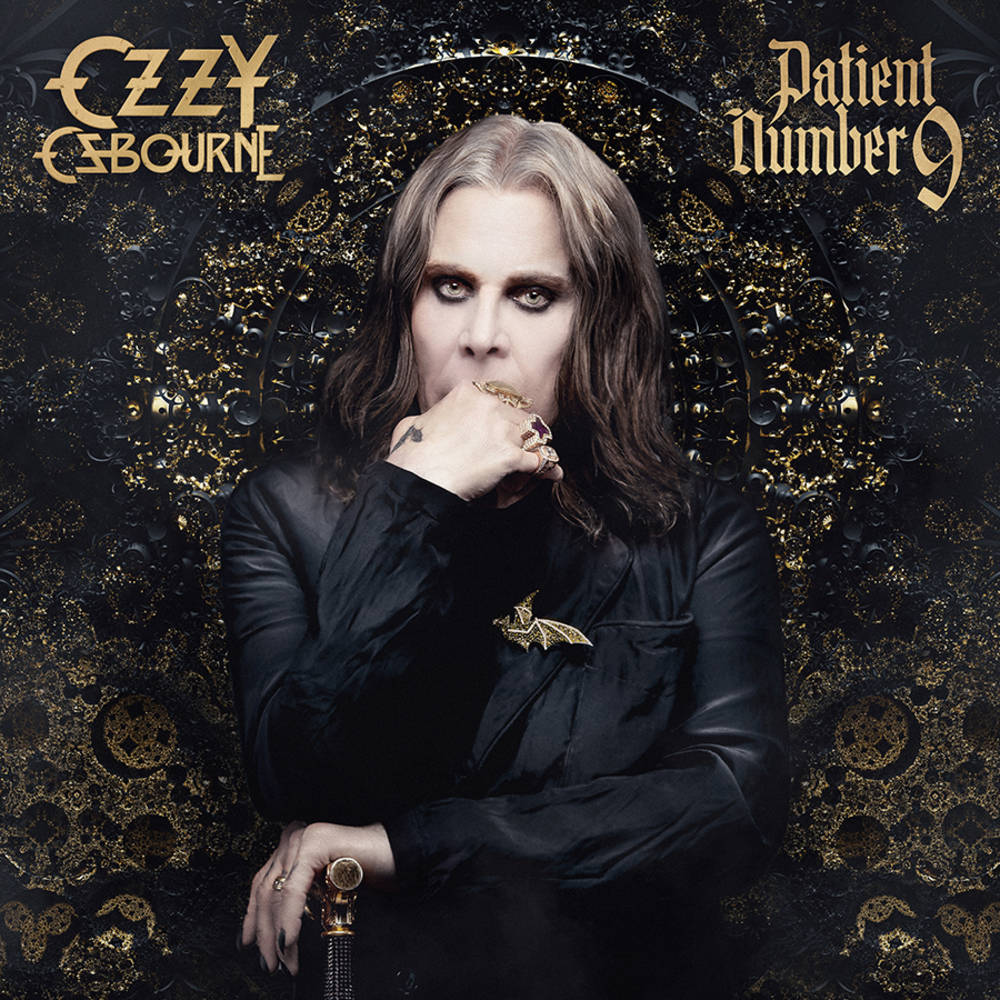 For this album, Ozzy again teamed up with producer/musician Andrew Watt, who also contributed significantly to Ordinary Man. Accompanying them in the studio at one point or another was a host of A-list special guests and Osbourne friends, among them guitar legends Jeff Beck, Pearl Jam‘s Mike McCready, Eric Clapton, Ozzy’s longtime guitarist Zakk Wylde and Tony Iommi of Black Sabbath — Iommi’s first appearances on an Ozzy solo record.

Bass duties were provided by Rob Trujillo of Metallica (on “most of the album’s tracks”), Duff McKagan of Guns N’ Roses and Chris Chaney of Jane’s Addiction.

As for the drums, they were mostly provided by Chad Smith of the Red Hot Chili Peppers, though Taylor Hawkins, the late drummer of the Foo Fighters who passed away in late March and was the focus of an incredible tribute concert on Sept. 3, also appears on a few tracks.

While the album’s title suggests a mental health theme for the record — one that is definitely mentioned on a few songs — so, too, are ruminations on dying and death, or, as Ozzy exclaims throughout “Immortal,” the track featuring McCready, the opposite:

As announced earlier in the week, Osbourne performed at halftime of Thursday night’s NFL Kickoff/opening game between the Buffalo Bills and the Los Angeles Rams from SoFi Stadium, though only a few seconds were shown on the broadcast. Here’s a more thorough video of what audiences missed — note that accompanying Ozzy onstage for the title track of the new record and “Crazy Train” are Wylde, Chaney, Watt and drummer Tommy Clufetos:

The jaw-dropping array of music legends who lent their services to this album make Patient Number 9 a very entertaining listen, one in which Osbourne sounds as resilient and vocally powerful as always — a powerful reminder that even at 73, he can still rock as hard as anyone out there.

Give it a listen.