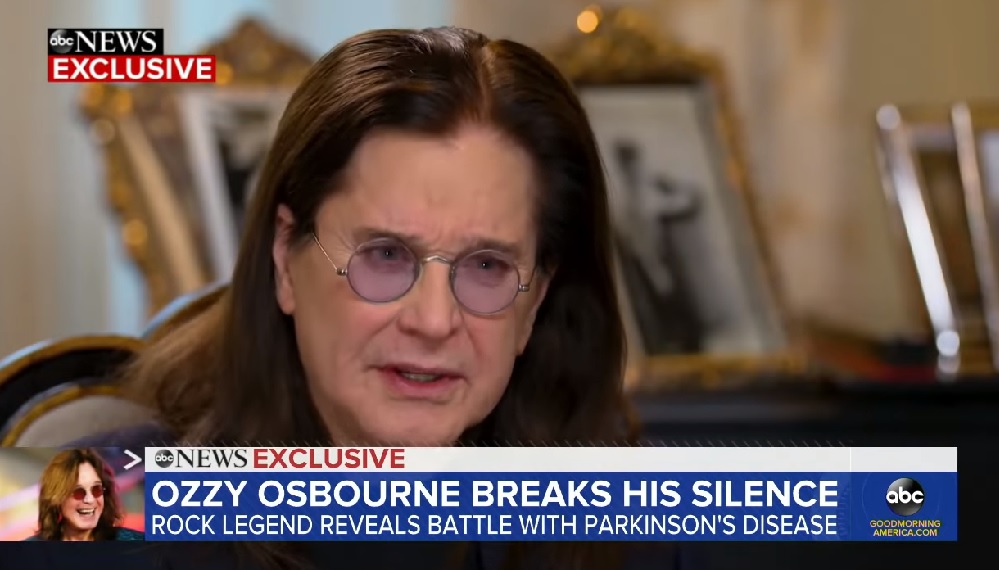 After a tumultuous and frightening 2019 marred by a number of medical issues, Ozzy Osbourne went on Good Morning America Tuesday along with wife Sharon Osbourne to reveal that he has been diagnosed with a form of Parkinson’s disease.

Speaking with Robin Roberts, the Osbournes discuss the diagnosis and how Ozzy had been facing a variety of debilitating health concerns, among them nerve pain and other symptoms associated with the condition. The diagnosis came down in February 2019.

This intensely personal news comes from Osbourne as he readies the release of a new album titled Ordinary Man, which is slated for release on February 21.

Announcing something as personal as a Parkinson’s diagnosis requires a certain degree of openness and honesty, traits Ozzy Osbourne has maintained throughout his career as one of rock music’s most legendary performers.

Case in point: “Under the Graveyard,” one of the lead singles to his new album even looks back on his rough and bleak era in the 1970s, when he was battling addiction and nearly destroyed himself due to his excess:

The title track, meanwhile, is a collaboration with Sir Elton John that also touches on some personal tones as well:

2020 finds Ozzy Osbourne at his most vulnerable, honest and open, and you’ll be able to catch him on the road on a big tour in support of the new record.