Home / Ozzy Osbourne Wants You To Dress Up as Him for Halloween, and You Could Win Prizes

Ozzy Osbourne Wants You To Dress Up as Him for Halloween, and You Could Win Prizes

Do you have your Halloween costume all picked out yet? The big day is exactly one week from today, and if you’re still looking for something to wear to a party or while handing out candy from your front porch, well, Ozzy Osbourne has an idea: Dress up as him!

On Thursday, Ozzy’s camp announced a pretty fun contest for the most dedicated fans of the Prince of Darkness. Dress up as your favorite version of Ozzy from throughout the years, and enter yourself in the running for a sweet prize … an autographed bone — yes, a bone — similar to the one that appears on Ozzy’s new See You on the Other Side vinyl box set, which will be released on Nov. 29.

Here’s a video with all the details:

Wait, An autographed *bone* signed by Ozzy himself? That sounds ridiculous, but also really cool. And it makes sense — the box set features a bone on it, after all! 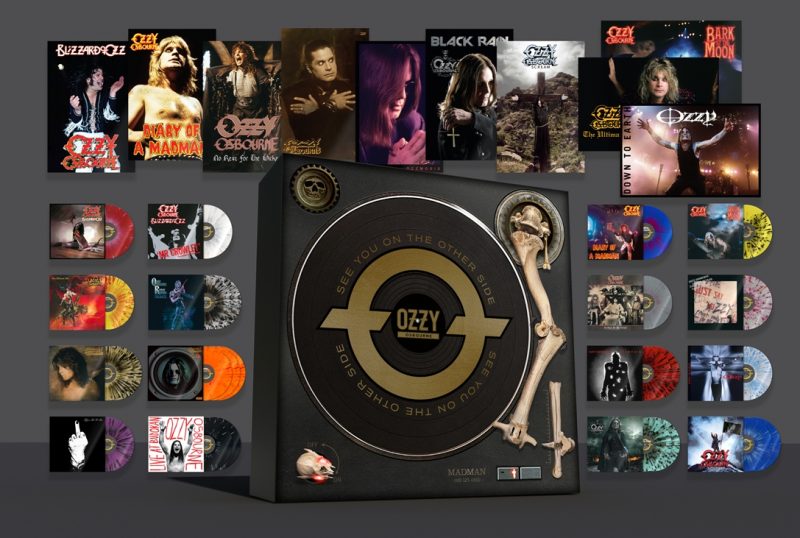 And as for the box set, it’s really a treasure trove of material for fans of Ozzy’s solo career:

The SEE YOU ON THE OTHER SIDE box set is the definitive vinyl collection of all of OZZY OSBOURNE‘s original solo material.  The package includes 16 albums of 24 Pieces of vinyl (173 songs total), a 7″ flexi disc, 10 posters, 12 AR (Augmented Reality) experiences, and an individually numbered vellum certificate of authenticity, personally autographed by Ozzy Osbourne.

In related Ozzy news, he recently issued a characteristically candid video message to fans regarding his health, and how he’s pretty tired of having to postpone gigs:

Ozzy also has a new studio album on the way, as rumored recently and confirmed in this video update. In a recent report, it was revealed that Osbourne’s inspiration for a new album came after a chance collaboration with rapper Post Malone.

Back to this Halloween contest … give it a shot! You never know, you could end up winning … and looking pretty great too.