Home / One-Hit Wonder … Or Not? A Chat with George Bunnell of The Strawberry Alarm Clock About “Incense and Peppermints”

One-Hit Wonder … Or Not? A Chat with George Bunnell of The Strawberry Alarm Clock About “Incense and Peppermints”

The Strawberry Alarm Clock "Incense and Peppermints" ... then & now.

In our newest One-Hit Wonder … Or Not? entry, bassist George Bunnell of The Strawberry Alarm Clock discusses his band’s career and whether he and his band mates consider themselves a “one-hit wonder” regarding their No. 1 single, 1967’s “Incense and Peppermints.”

George Bunnell: We fully understand the tag “One-Hit Wonder” as it applies to our band. Sometimes we’ve just let it go by, but given a fighting chance we may beg to differ.

The why? element is obviously because of the magnitude of our first hit reaching the No. 1 slot on the Billboard Hot 100 and Cashbox.

The why not? That’s not so obvious. When your first single goes to No. 1, it’s a hard act to follow. Our first album Incense and Peppermints made it to #11 on The Billboard Album chart. Our second single, “Tomorrow,” made it to number 23 on Billboard and number 14 on Cashbox. Third single, “Sit With The Guru,” No. 65 Billboard, No. 56 Cashbox.

George Bunnell: We knew it was spreading like wildfire. It had a somewhat of a slow start until CBS decided to run with it on all their rock radio stations across the country. We had no idea it would have the life it has. In the years since it has come to define a certain aspect of the era, but nothing we foresaw.

George Bunnell: We did two tours with the Beach Boys and The Buffalo Springfield and we played in large venues. The first night of the first tour was at Constitution Hall in D.C. When we got to “Incense and Peppermints” in the set, the audience exploded. Girls screaming … the whole bit. We were in shock!

George Bunnell: Mark Weitz and Ed King originally wrote the music as an instrumental. They went into the studio and recorded it that way. Then the producer mentioned that one of the writers in his stable had a working title “Incense and Peppermints” that he thought fit the music. So he asked him [John Carter] to finish the body of lyrics.

The rest is history!

When it came time to publish the song, the producer, Frank Slay, told the band’s manager, Bill Holmes, to decide who besides John Carter and Tim Gilbert were to get credit. Well Bill said he wanted everyone’s name, including his, on it. Frank said no way and to choose two names. Bill made a fuss and wouldn’t do it. So Frank sent in the copyright with only Carter and Gilbert.

George Bunnell: At the outset “Incense” was the B-side and a novelty song, “The Birman Of Alkatrash,” was the A-side. Well, the DJ (Johnny Fairchild, KIST Santa Barbara) who broke the  record thought differently and started pushing the B-side. It became the most requested song two weeks in a row.

Then the band’s manager took the success to other SoCal radio stations and that success was repeated until it got to LA, the big market, and boom it took off.

It was around for several months before catching on across the country.

Rock Cellar: What do you think was the reason for the song’s success?

George Bunnell: To me the song was very colorful, the title was odd, the name of the band was also colorful and odd, the clothes and album cover were odd and colorful. For sure the signature Farfisa organ sound, the fuzz guitar, the nice harmonies, the drum fills complete with cowbell, they were all part of its charm.

That coupled with the fact that nobody could figure out what the song was about or even recite the lyrics correctly, kept it in the conversation.

We’re not the kind of group that sets out to write a commercial/hit song. We first are trying to find a groove we like and then we take it from there.

The song has since appeared in several movies, which propel it into new decades — films like Psych-Out, Beyond the Valley of the Dolls, Austin Powers and Recess: School’s Out.

George Bunnell: The movie Psych-Out (1968 Dick Clark-produced) had a few of our songs in it and has become a cult classic. The theme song, “The Pretty Song from Psych-Out,” “Rainy Day Mushroom Pillow,” “The World’s On Fire.”

These songs were all featured on the soundtrack album.

Rock Cellar: Separate from that, what’s another song of yours that you would want people to know, either because it’s a personal favorite of yours or because it didn’t quite catch on as a single in the way you would have expected it to?

George Bunnell: Two songs. “Birds in My Tree,” which was the flip side of “Tomorrow.” I personally thought it should’ve been the second single. It actually was getting more airplay in SF than “Tomorrow” and it was from the first album, while “Tomorrow” was from the second album.

Another is “Pretty Song From Psych-Out,” which was the flip side of “Sit With The Guru.” It’s really a beautiful song and it was the theme song of that movie.

George Bunnell: There have been a few covers of “Incense and Peppermints” and some covers of other songs. One fun bit is Todd Rundgren doing “Incense” live and off the cuff.

There was a girl band called Adult Net that did “Incense.” Most notably is an instrumental version of “Incense” by Martin Denny from his
Exotica Lounge LP. Dale Bozzio of Missing Persons did a dance music version. German band Vibravoid did “Incense” on their album The Politics of Ecstasy … A
Timothy Leary reference.

George Bunnell: We’ve continued to write and record new music over the years. We released an album in 2012 called Wake Up Where You Are which has new songs, and we also revisited some of the old songs on it.

In 2017 we decided to recreate the iconic Incense and Peppermints album cover. We had our original seamstress, Cathy Scarms, make the clothes and pillows that were on that cover which was originally taken in her shop, SatPurush in Westwood, CA. There was a whole crew on hand for the new shoot.

Robert Jacobs captured the shot we ended up going with. There were a few cameras clicking away.

We also have a new batch of songs ready to release this year. We just played live at The Whisky A Go Go on November 13th, 2021.

We will be doing a set at the Get Together Foundation’s annual benefit concert event at The Palace Theater in Los Angeles on April 23rd, 2022.

There is a documentary/book being done by our own Robert Jacobs (Midnight Sun Light Show, an account of the band’s history.) 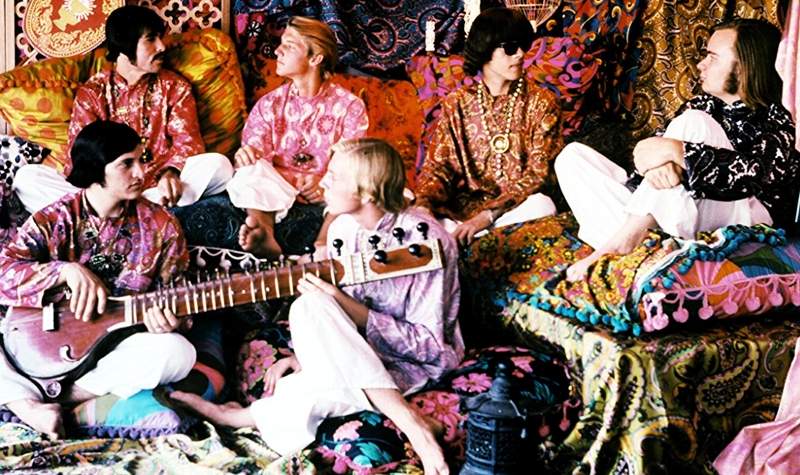 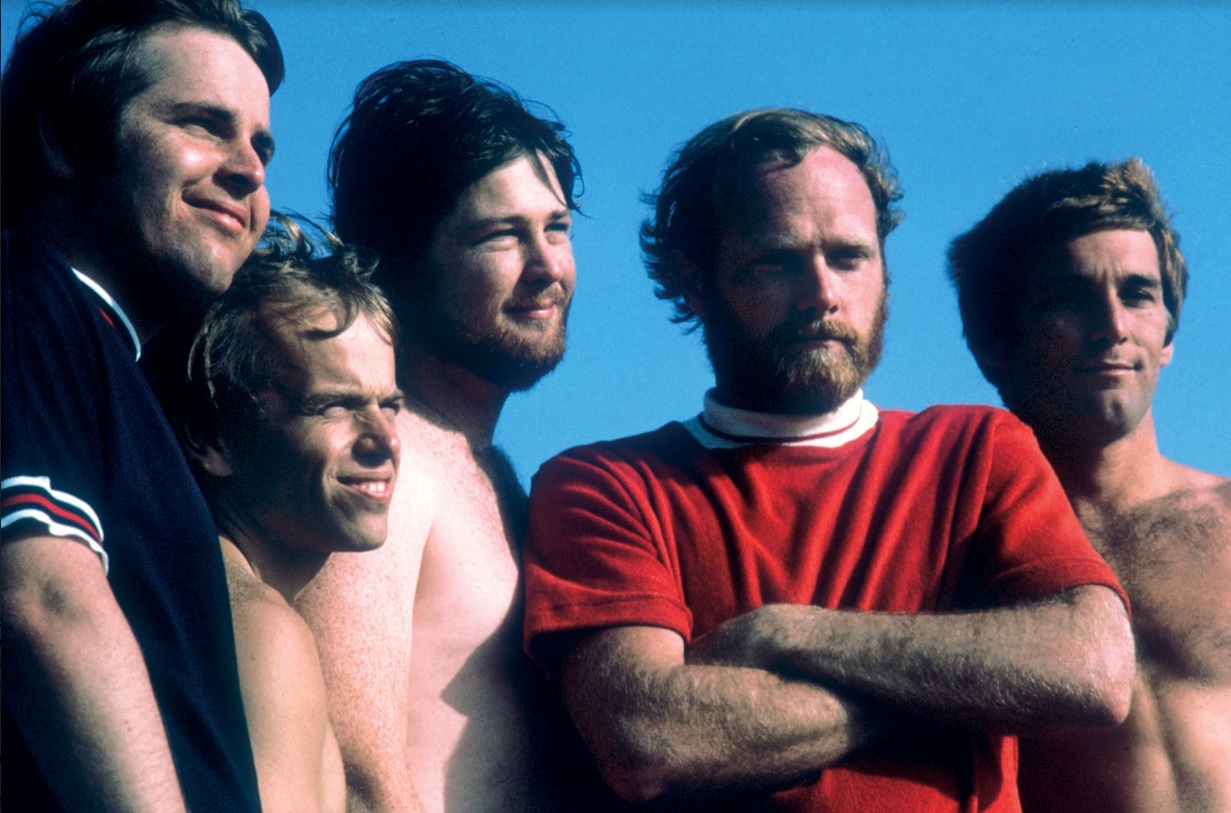 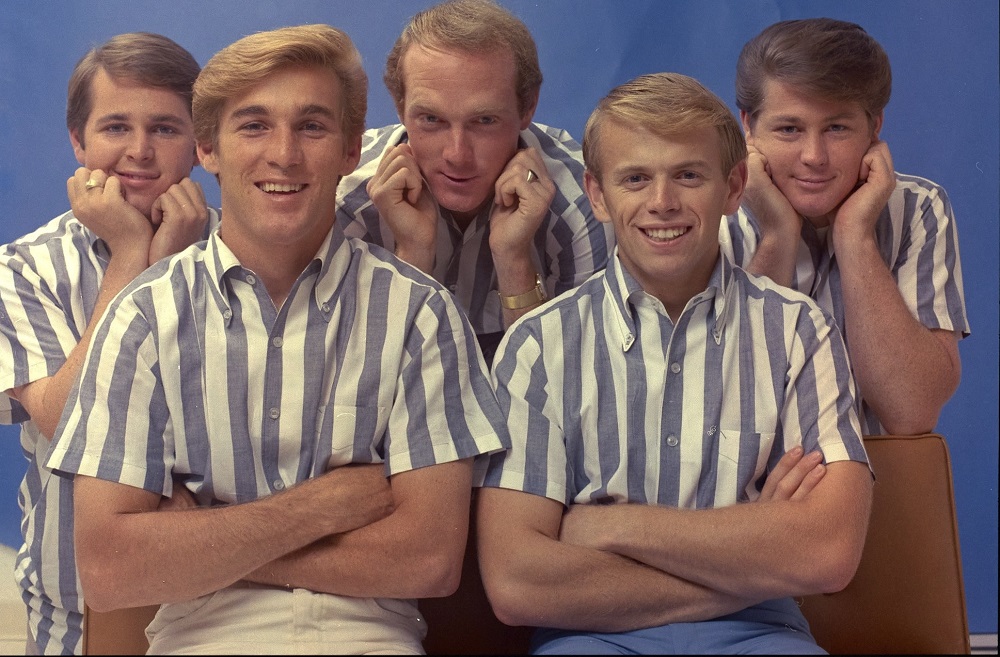