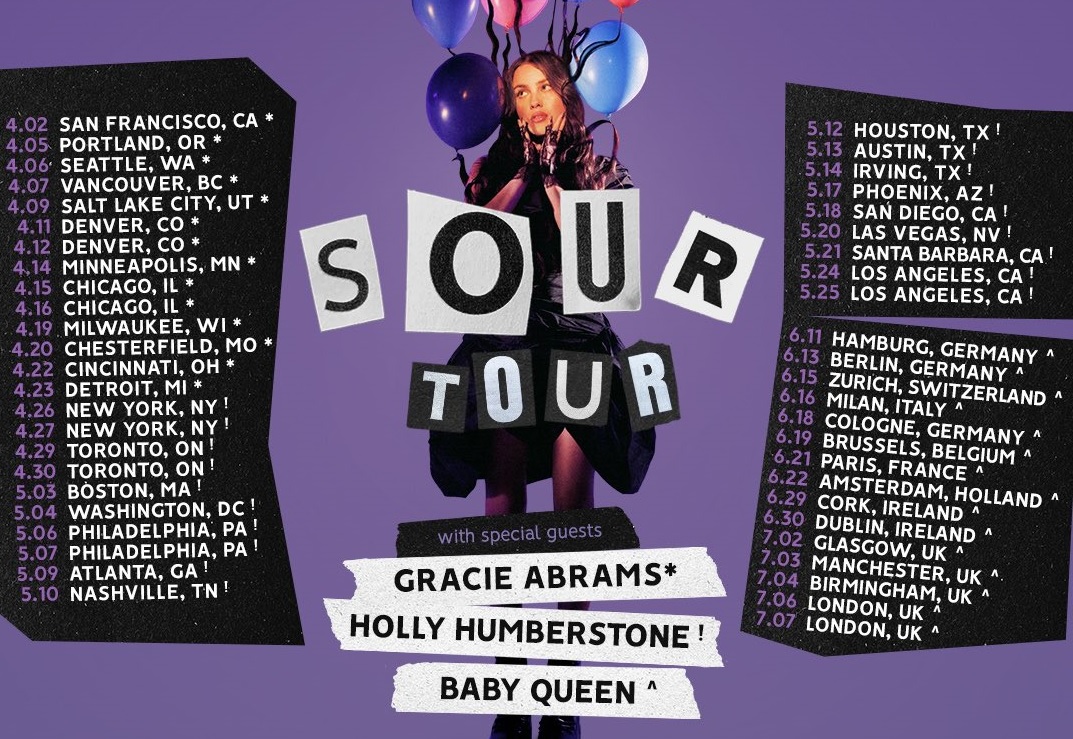 2021 was a gigantic year for Olivia Rodrigo, the young singer/songwriter who released her debut album, Sour, in May on the strength of the global smash-hit singles “Drivers License” and “Good 4 U” — and now, finally, she’s officially announced a headline tour in support of the record.

Obviously, demand will be sky-high for this tour, her first as a solo artist. Ticketmaster Verified registration is up now and concludes on Dec. 7 — click here for more information.

Her debut single, “Drivers License,” landed in January 2021. The track’s success made her the youngest artist to debut atop the Billboard Hot 100 chart, where it stayed for eight weeks.

“Brutal,” meanwhile, is the track that generated some plagiarism claims levied at Rodrigo and her songwriting team, which includes producer/co-writer Dan Nigro, formerly of the Long Island indie band As Tall As Lions.

Some said the main riff is a bit too reminiscent of Elvis Costello’s “Pump It Up,” but the legendary songwriter/singer quickly refuted such claims with a thumbs-up: