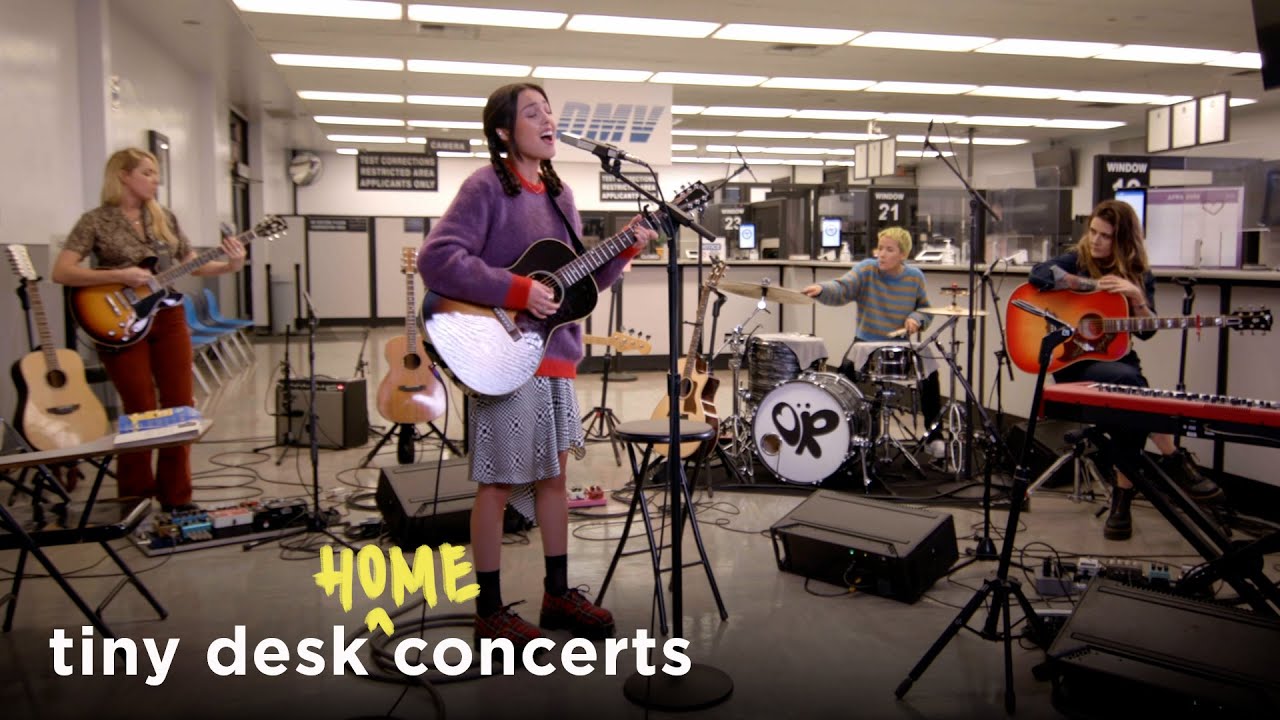 Yes, a DMV office, the sort of place that inspires dread at the mere mention of having to wait in a long line to renew your car registration or apply for a driver’s license. Hey, that’s the name of Olivia Rodrigo’s breakout 2021 single, “Drivers License,” what are the odds of such a coincidence?

Jokes aside, the setting provides a quirky vibe to Rodrigo’s performance, an acoustic run-through of four songs from her debut album, Sour, which was released in May and broke chart records immediately. Accompanying Rodrigo are four additional acoustic guitarists on “Good 4 U,” “Traitor,” “Drivers License” and “Deja Vu”:

Rodrigo also recently announced the Sour World Tour, which will mark her first public performances in front of live audiences since she burst onto the scene at the start of the year. Click here for full details regarding the tour, which will sell out instantly.

Her debut single, “Drivers License,” landed in January 2021. The track’s success made her the youngest artist to debut atop the Billboard Hot 100 chart, where it stayed for eight weeks.

“Brutal,” meanwhile, is the track that generated some plagiarism claims levied at Rodrigo and her songwriting team, which includes producer/co-writer Dan Nigro, formerly of the Long Island indie band As Tall As Lions.

Listen to Sour below, and get yourself on the Olivia Rodrigo bandwagon.