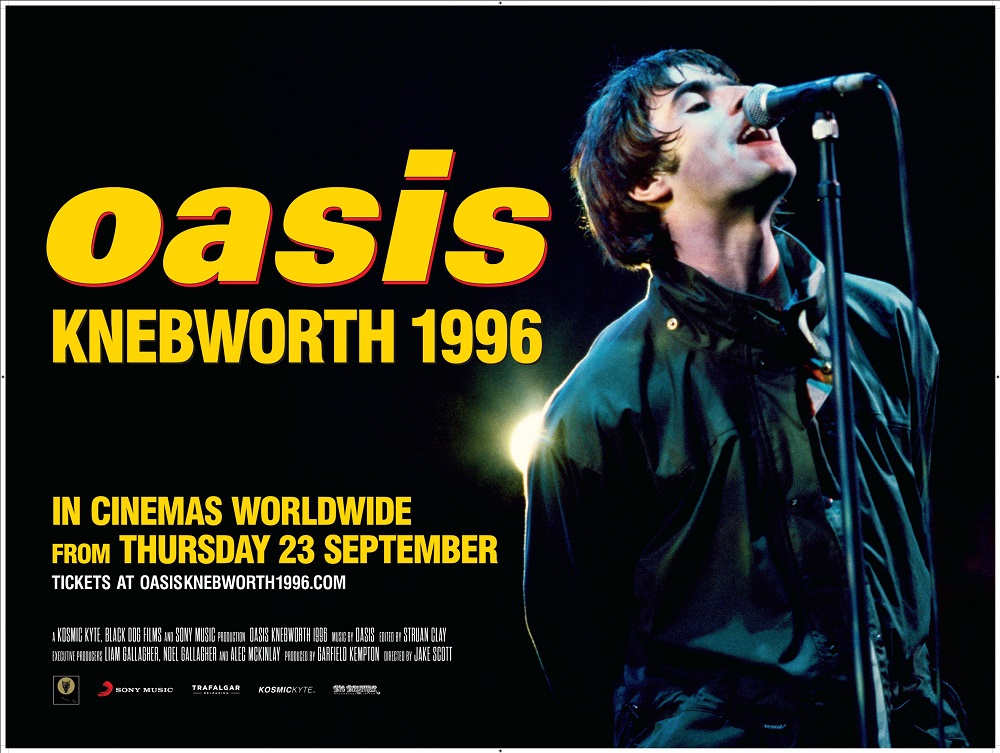 On Tuesday, Oasis dropped some major news — no, not that reunion that everyone’s been anticipating for years, that’s still a ways off (if it ever does actually happen).

The news, though, is pretty significant given the scope of the Britpop band‘s iconic career: Oasis Knebworth 1996, a documentary film telling the story of the group’s concerts on Aug. 10-11, 1996, at the massive outdoor venue in Hertfordshire, England.

It was the defining moment of the group at the time, in the midst of a global breakthrough thanks in large part to 1995’s (What’s the Story) Morning Glory?, and on Sept. 23 a documentary film about the gig will be released in cinemas worldwide.

'Oasis Knebworth 1996' comes to cinemas worldwide from Thurs, September 23rd!
The brand-new feature-length documentary, directed by Jake Scott from extensive concert & exclusive never before seen footage, see these era defining shows through the eyes of the fans who were there. pic.twitter.com/8KjhBfPhpj

Oasis Knebworth 1996 is the story of the special relationship between Oasis and their fans that made the largest concert of the ‘90’s possible. It is told entirely in the moment through the eyes of the fans who were there, built around extensive, and never before seen archive concert and backstage footage from the event, with additional interviews with the band and concert organisers.

Directed by Grammy Award-winner Jake Scott, this is a joyful and at times poignant cinematic celebration of one of the most iconic live concert events of the last 25 years, driven entirely by the music, and the fans’ own experiences of that monumental weekend.

And some context about what made Oasis’ Knebworth gigs such key moments of the era:

Oasis’ two record breaking nights at Knebworth took place on August10th& 11th,1996 with over a quarter of a million young music fans from all over the world converging on Knebworth Park, Hertfordshire to see the legendary sets. Tickets went on sale on May11th,1996. Queues formed outside local record shops and ticket offices overnight, and fans around the world spent the day on their landline phones trying to get through to constantly engaged booking lines. All tickets sold out in less than 24 hours, breaking every UK box office record in the process. Organisers estimated the band could have sold two or three times as many tickets. Over 2% of the population of the UK had attempted to buy tickets.

Liam Gallagher says “Knebworth for me was the Woodstock of the 90’s. It was all about the music and the people. I can’t remember much about it, but I’ll never forget it. It was Biblical.”