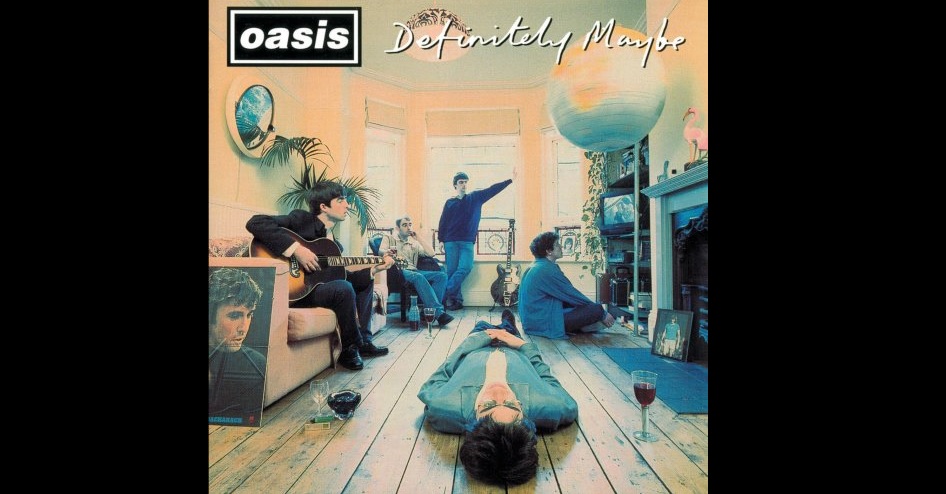 Full admission: 1995’s (What’s the Story) Morning Glory? was my introduction to Oasis — not their debut Definitely Maybe, released the year before. In ’94, I was just ten years old and not quite as immersed into music as I’d be shortly thereafter.

Once I was fully swept up in the Britpop band’s near-mythical existence, which at the time did make them seem like the Biggest Band On The Planet thanks to ubiquitous singles like “Wonderwall” and “Champagne Supernova,” I discovered Definitely Maybe.

Released on August 29, 1994 — 25 years ago today, to the date — the album would quickly become a massive big deal in the UK. Going straight to the top spot on the UK charts, it became (at the time, at least) the fastest-selling debut album in UK history, even more than any Beatles record.

Looking back on the album through the lens of time, it’s easy to see why. The hype was due to the band’s obvious inspiration taken from John, Paul, George and Ringo, channeled through a pair of dueling brothers and volatile band mates, Liam Gallagher and Noel Gallagher.

Tracks like “Live Forever” found the lads at their best:

Liam’s snarling, overtly English voice was a driving force behind Oasis’ power, and his overall presence — a blend of “f*** you” and “I’m a rock star, deal with it” clearly resonated with audiences across the world.

Noel, meanwhile, spelled his brother on vocal duties sometimes, but always provided the songwriting backbone that made Oasis songs stand out from the rest.

As a teen in the 1990s, Oasis felt like the Beatles, or at least my version of the Beatles. There was an aura, a mystique about them that was incredibly magnetic to see, and though it waned a bit on later albums, the Definitely Maybe to Morning Glory era was especially robust, at least in terms of the attitude that dripped off of everything they did.

Two years later, after becoming The World’s Biggest Band, that attitude was more than evident. Remember when Liam bailed on MTV Unplugged, leaving Noel in charge as Liam heckled from the rafters?

What a time. What an era. What a perfect example of rock and roll nonsense, honestly.

It’s been a decade since Oasis officially disbanded in 2009 after more on-stage dust-ups between Liam and Noel, and though each has remained busy with solo careers since, we’re all still waiting for that (maybe inevitable) reunion to bring them together again. Some amount of money ought to do it, right? Or maybe the Foo Fighters’ urging at Reading + Leeds will do the trick.

Liam’s remembrance on Twitter today for Definitely Maybe’s 25th anniversary, though, finds him in his element:

Even if that reunion never happens and amends are never made, at least we have the music. And Definitely Maybe stands up as one of the most important debut albums in the history of rock and roll, whether you find Oasis incredibly obnoxious (which many people do) or a timeless, crucial musical act (which many people also do).