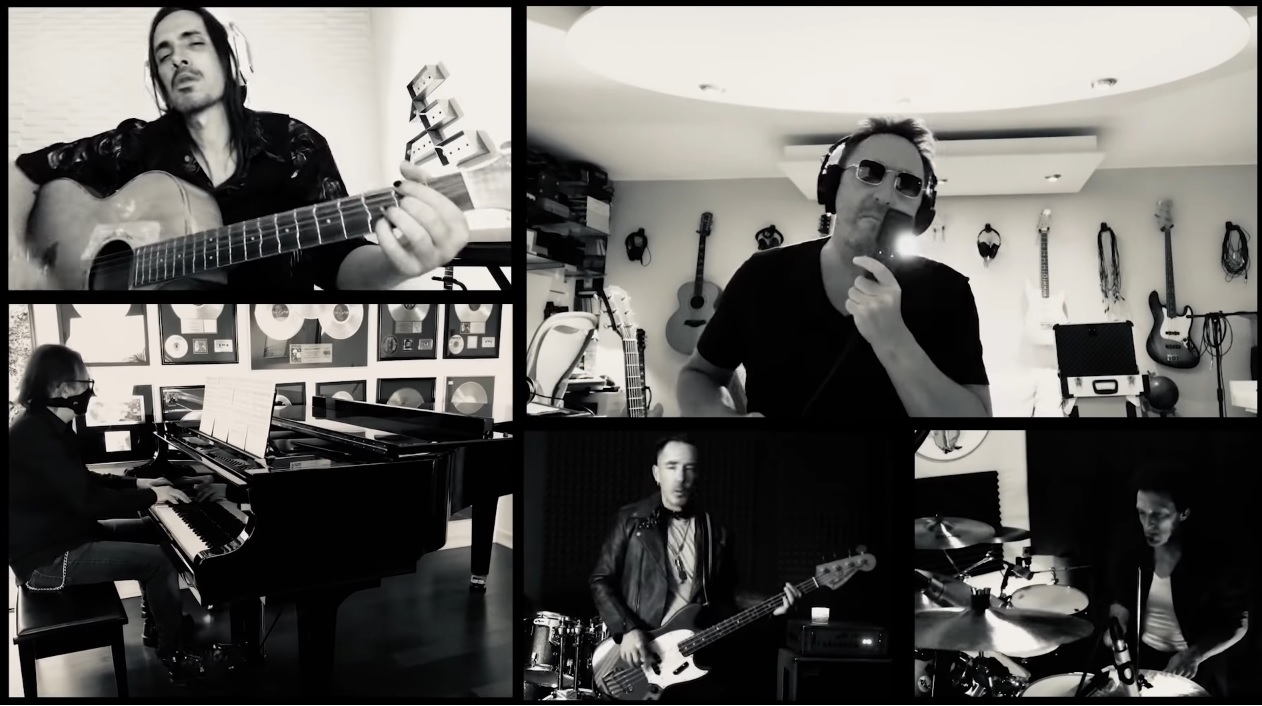 World-class guitarist Nuno Bettencourt was recently the focus of an hour-long special that aired on AXS TV on Aug. 3. At Home And Social With Nuno Bettencourt & Friends found the musician (known for his work with Extreme, among many other accomplishments) join together (remotely, of course) with some serious heavy-hitters.

Per a news release, the special show had a fundraising arm — definitely something needed right now throughout the live music community:

The set will benefit the Music Forward Foundation’s Crew Nation initiative, raising funds and awareness for the touring and venue crews who are vital to the live music experience and have been negatively impacted by the shutdowns resulting from COVID-19.

“Until us performers can get back home … to our stage. On August 3, with a little imagination and lots of passion … our homes will become our stage,” said Bettencourt in a statement. “I hope we all have homeowners insurance … cause we’re blowing the roof off the place.”

Among the collaborations featured during the show was a merging between Bettencourt and Julian Lennon, who teamed up to cover “Karma Police,” one of Radiohead‘s signature songs:

Queen’s “Bohemian Rhapsody” sounds pretty epic in its standard version … as well as this all-star collaboration from Bettencourt, Generation Axe (Zakk Wylde, Steve Vai, Tosin Abasi, and Yngwie Malmsteen) and Brian May himself:

Nuno was especially excited about that one:

I know I get really excited about posting and sharing great experiences with y’all, as I’m always grateful for all these opportunities. But this one? This is a big one for me. This is beyond my wildest dreams, in so many ways. If you had told my younger teenage self that I’d be Performing one of most iconic songs in the history of Rock and Roll, Bohemian Rhapsody AND attempting to replace all the vocals including the vocal opera with an ALL GUITAR version AND with 3 out of 5 guitarists being my true guitar heroes that changed my life, Steve Vai, Yngwie Malmsteen AND the 3rd being Brian May himself, who recorded and performed this historic song and passionate guitar solo with his Legendary band Queen. AND THEN throw in one of my generations ripping guitar peers, Zakk Wylde, and top it off with this generations innovative guitar wizardry of Tosin Abasi… The young ME would’ve said… get out of my fucking room and shut the door so I can get back to studying the entire Queen catalog, Vai’s Passion and Warfare and Yngwie’s Rising Force. Yeah, this is just special. Not only for me , but for the sake of music and guitarists. You see, this proves whilst we can all do amazing solo things on our own, these monster virtuoso players and guitar icons are willing to put their own history and ego aside to pull off something bigger than themselves. Something we know we are incapable of doing alone. Something that can only be done with 6 of us coming together. Something special. Humbly, all the video performances you’ve seen from the AXSTV show, I edited myself. Not cause I wanted to, but because I had to. I wanted you to see them the way I saw them in my head and heart. Unfortunately, I ran out of time on this one right before it aired, as editing this monster was like climbing Mount Everest, Hard. But once you’re up there worth every sleepless night getting it done. So I guess this is the “world premiere”of the Directors Cut. Brian… on behalf of the Generation aXe boys, thanks for making our dream come true. @generationaxe @brianmayforreal @stevevaihimself @yngwiemalmsteen_official @zakkwyldebls @tosinabasi @axstv

If you’re interested in watching the full show, visit AXS TV and check out local listings.