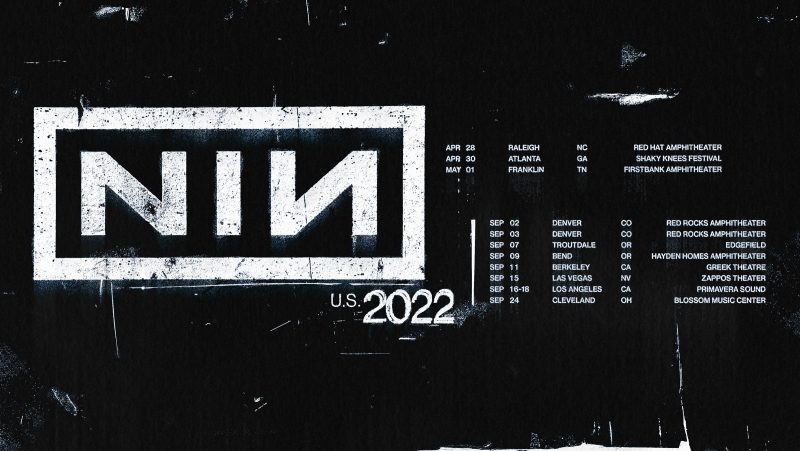 Coming up this spring and fall, Nine Inch Nails will play a handful of U.S. tour dates, the Trent Reznor-led band announced on Monday.

Support for the shows will be announced at a later date, though the Cleveland gig on Sept. 24 features Ministry and Nitzer Ebb. The tour schedule also includes the previously detailed Nine Inch Nails headlining spot at Primavera Sound in Los Angeles in mid-September, as well as the Shaky Knees festival in Atlanta on April 30.

Nine Inch Nails will be playing a limited number of shows in the US this spring and fall. Tickets on sale to the public Friday, February 11 at 10am local time. https://t.co/aNSoYAcLBh

Special guests to be announced for shows aside from Cleveland at a later date.#NINONTOUR pic.twitter.com/YjK24kQ7Ds

Recently, Reznor and his colleague/collaborator Atticus Ross produced If I Can’t Have Love, I Want Power, the dynamic new album from singer/songwriter Halsey that was released in August to strong reviews. The most recent albums from the Rock & Roll Hall of Fame band were Ghosts V: Together and Ghosts VI: Locusts, which were both released in 2020.