Home / Nickelback Excites the Masses in New Video for the Aggressive “San Quentin”; ‘Get Rollin” LP Out 11/18 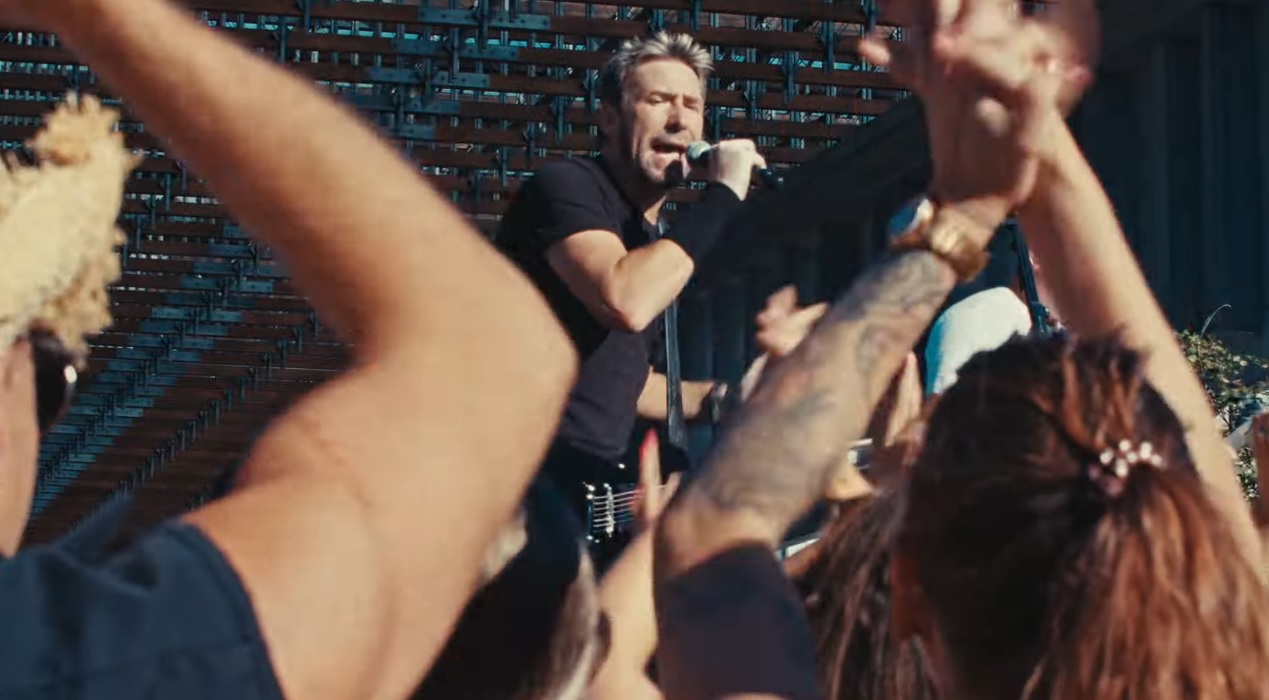 Canadian alt/rock institution Nickelback recently roared back to life with a new song — and “San Quentin” is a decidedly heavy affair from the rockers, known for a number of lighter alt/pop anthems over the years such as “Photograph” and “How You Remind Me.”

“San Quentin,” though, is how Nickelback reminded the masses of its heavier roots, the sort of sound that typified the band’s earlier material before 2001’s Silver Side Up catapulted the group to superstardom (and infamy).

The song has a pretty amusing backstory, too, but first — here’s its music video, shared by Nickelback on Wednesday and finding the band setting up shop in a courtyard and playing the track to a throng of adoring fans:

“San Quentin” previews Get Rollin,’ the band’s 10th studio record, which will be released on Nov. 10.

As for the song’s story … it was apparently inspired by front man Chad Kroeger’s experience at a birthday party for Food Network star/social media icon Guy Fieri.

Some things just go together.

Peanut butter and jelly. Cookies and milk. @nickelback and @GuyFieri.

Here’s how Kroeger explained it to radio station WRAT:

“I met the [San Quentin prison] warden at a party. And I couldn’t believe how young he was. I was, like, ‘There’s just no way that you’re the warden of San Quentin,’ and everyone was, like, ‘Yup. He is.’ Guy Fieri’s [American restaurateur, author and Emmy Award-winning television presenter] a buddy of mine, and I was at his birthday party a few years back. And the entire time we were talking, I’m, like, [laughs] I’m speaking to this guy, but in my head all I could think about was, ‘I’m gonna write a song called ‘San Quentin’. That’s it.’ And I stuck it in my notes in my phone. And then once the riff was down, I think I screamed out this line, ‘Can somebody please keep me the hell out of San Quentin?’ And we just took it from there.”

Remarkable stuff, and, really, a nice bit of guitar-forward, fist-pumping, arena-ready rock from Nickelback, fueled by a memorable hook from Kroeger.

Here’s the track listing for Get Rollin’ — which unfortunately doesn’t look like it includes a cover of Limp Bizkit’s “Rollin’”: