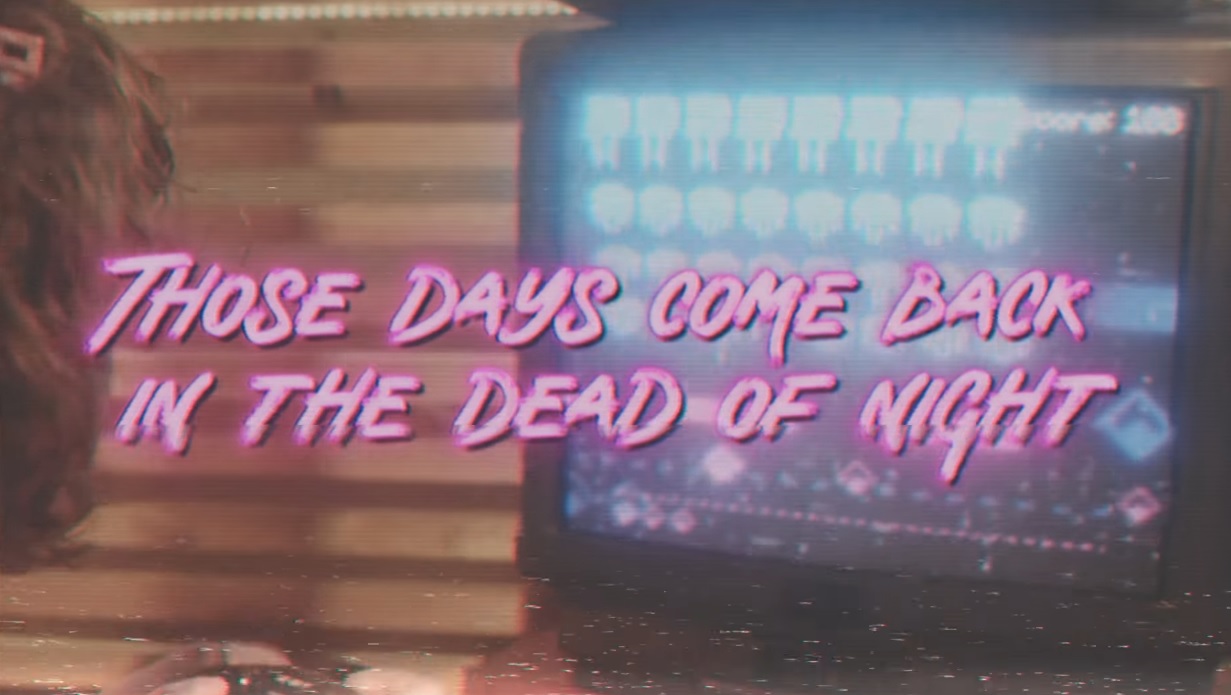 Do you remember the 1980s? Nickelback sure does.

This week, the multiplatinum alt/rock band shared a new song called “Those Days,” and it’s all about nostalgia.

Specifically, nostalgia for the ’80s, with lyrical references from front man Chad Kroeger to the following, among other topics:

The lyric video for the song takes the flashback feels even further, with visual homages to Space Invaders, Top Gun, Star Wars and much more. If you lived through the era and were old enough to become fully immersed in it, something in here will surely speak to you:

“Those Days” is the second song shared from Nickelback’s upcoming album, Get Rollin’, which was announced recently with the slightly more aggressive rock anthem, “San Quentin”:

As for the story behind “San Quentin” … it was apparently inspired by front man Chad Kroeger’s experience at a birthday party for Food Network star/social media icon Guy Fieri.

Here’s how Kroeger explained it to radio station WRAT:

“I met the [San Quentin prison] warden at a party. And I couldn’t believe how young he was. I was, like, ‘There’s just no way that you’re the warden of San Quentin,’ and everyone was, like, ‘Yup. He is.’ Guy Fieri’s [American restaurateur, author and Emmy Award-winning television presenter] a buddy of mine, and I was at his birthday party a few years back. And the entire time we were talking, I’m, like, [laughs] I’m speaking to this guy, but in my head all I could think about was, ‘I’m gonna write a song called ‘San Quentin’. That’s it.’ And I stuck it in my notes in my phone. And then once the riff was down, I think I screamed out this line, ‘Can somebody please keep me the hell out of San Quentin?’ And we just took it from there.”

Here’s the track listing for Get Rollin’ — which unfortunately doesn’t look like it includes a cover of Limp Bizkit’s “Rollin’”: