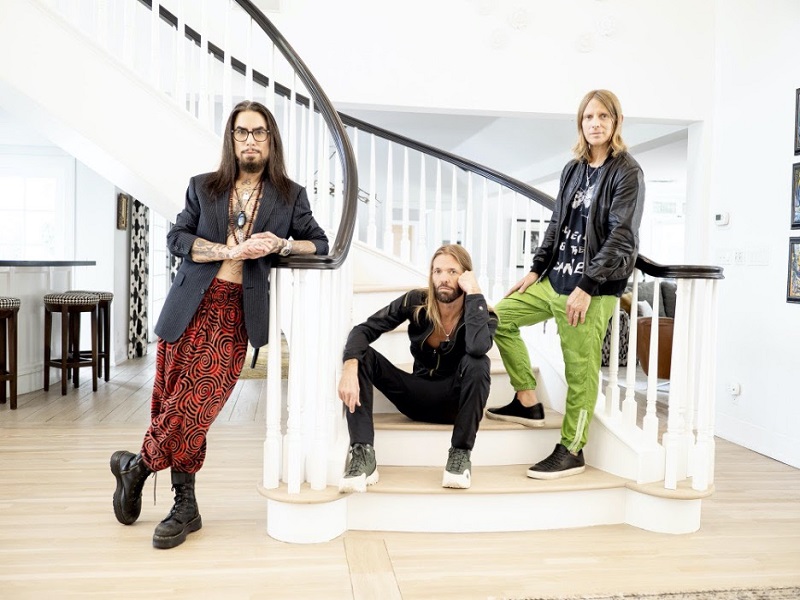 Back in September, the world was introduced to a new rock and roll supergroup of impressive pedigree: NHC, a trio made up of Dave Navarro (of Jane’s Addiction and the Red Hot Chili Peppers fame), Taylor Hawkins (drummer of the Foo Fighters) and Chris Chaney (Jane’s Addiction).

On Friday, the band debuted a pair of new songs from their burgeoning catalog, and both showcase the skills at the disposal of these three rock stars.

“Devil That You Know” features shimmery guitars from Navarro and steady vocals from Hawkins, who’s found any opportunity to sing outside (and sometimes inside!) his work with the Foo Fighters over the years:

“Lazy Eyes,” on the other hand, starts as a funk freakout of frenetic energy before bursting into a punk-y stomp reminiscent of the classic bands these rockers no doubt idolize:

The two new songs join a pair of others debuted already. Here’s “Feed the Cruel”:

And “Better Move On”:

NHC made its live debut in October at Eddie Vedder’s Ohana Fest in Southern California, and has a sold-out gig at the Troubadour in West Hollywood coming up on Nov. 23. Stay tuned for more!