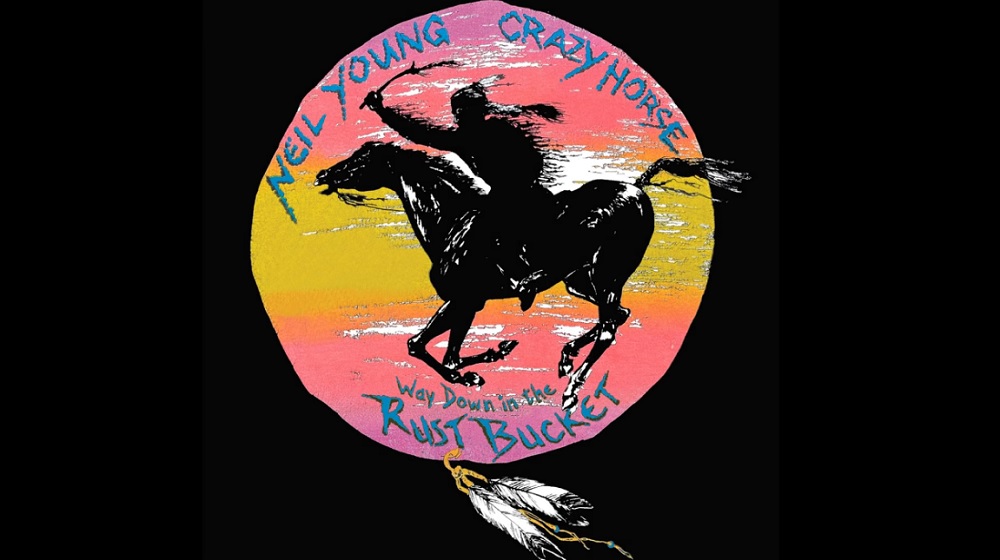 Way Down in the Rust Bucket is the title of a new live album/film coming from Neil Young & Crazy Horse, capturing a previously unreleased live album of a Crazy Horse gig from Santa Cruz, California, circa 1990.

The set features the live public debuts of material from Young’s 1990 album Ragged Glory, among other selections.

After recording Ragged Glory at Broken Arrow Ranch in the spring of 1990 and releasing it that September, Young and Crazy Horse took the stage at The Catalyst in Santa Cruz on November 13 to unleash the songs upon a live audience. In true Crazy Horse fashion, the incendiary show ran across three sets and over three hours, with songs like “Love and Only Love” and “Like a Hurricane” hypnotically stretching past ten minutes. The Catalyst gig also marked the first time “Danger Bird”—a cut from Young’s 1975 album Zuma—was played for a live audience, thundering on into psychedelic six-string fireworks. Other live debuts on Way Down in the Rust Bucket include “Surfer Joe and Moe the Sleaze,” “Love to Burn,” “Farmer John,” “Over and Over,” “Fuckin’ Up,” “Mansion on the Hill,” and “Love and Only Love.”

The track listing for Way Down in the Rust Bucket:

This project comes on the heels of a busy few weeks for Neil Young, as the legendary singer/songwriter released a 50th anniversary edition of After the Gold Rush in December, which followed the Return to Greendale live album/film a month earlier.

Young has also maintained a steady presence in the news for other activities, including selling 50 percent of his songwriting catalog in a mega-deal with Hipgnosis for $150M and, most recently,

“I still have my strong beliefs. That has not changed. But now I feel empathy for the people who have been so manipulated and had their beliefs used as political weapons. I may be among them. I wish internet news was two-sided. Both sides represented on the same programs. social media, at the hands of powerful people — influencers, amplifying lies and untruths, is crippling our belief system, turning us against one another.

“We are not enemies. We must find a way home.”