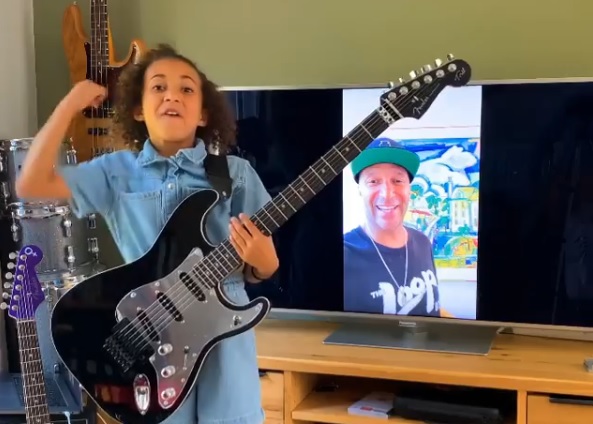 She may only be 10 years old, but Nandi Bushell is already making a name for herself thanks to a series of incredibly impressive videos uploaded to YouTube — and she received a surprise gift from one of her heroes, Tom Morello, this week.

By now, you’ve probably seen one of Bushell’s videos. Like this one, in which she plays Rage Against the Machine‘s “Guerrilla Radio” to great effect, dedicated to Black Lives Matter:

That performance earned Bushell a shout-out from Morello on Twitter:

Well now we are on the right track https://t.co/R0J2rV8Mgz

And now, a few weeks later, Bushell was given a real treat by her parents when they unveiled Morello’s gift:

Dear @tommorello, thank you so so so much! I can’t believe this is real and you actually sent me a message and your signature guitar, it is so beautiful! AMAZING! I hope we get to jam one day! Wow, wow, wow, wow, wow!!!!! Thank you so much for supporting me on my musical journey. With love and respect Nandi. Soul Power ✊🏽 – #soulpower #fightracism #tommorello #rageagainstthemachine #audioslave @fender #tommorelloguitar #tommorellothenightwatchman #fender #fenderstratocaster #fenderstrat #fenderguitars #fenderamps #fenderguitar #love #respect #peace

Pretty nice of Morello, currently in the headlines for his outspoken nature on social media, to pay it forward in this capacity, giving Nandi Bushell the type of signal boost she so obviously deserves.

Rage Against the Machine had to postpone its anticipated reunion tour activities from 2020 to 2021 due to the COVID-19 pandemic, which was unfortunate given the political climate in the United States right now.

Despite her young age, Nandi Bushell has earned rave reviews on the internet for other performance clips uploaded to social media. Here she is playing along to System of a Down’s “Toxicity” behind the drum kit:

And here she is staging a “drum battle” with Travis Barker — no easy task for any drummer!

There’s also this rendition of Rage Against the Machine’s “Killing in the Name,” which has taken on new relevance in recent weeks:

Get on the Nandi Bushell hype train if you weren’t already on it. She’s going places … 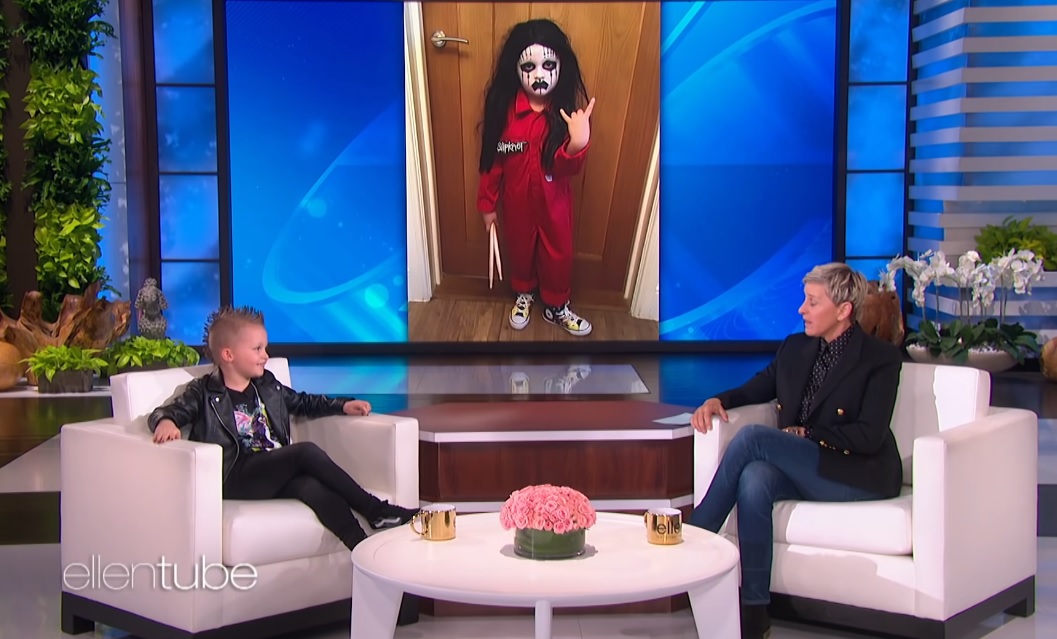