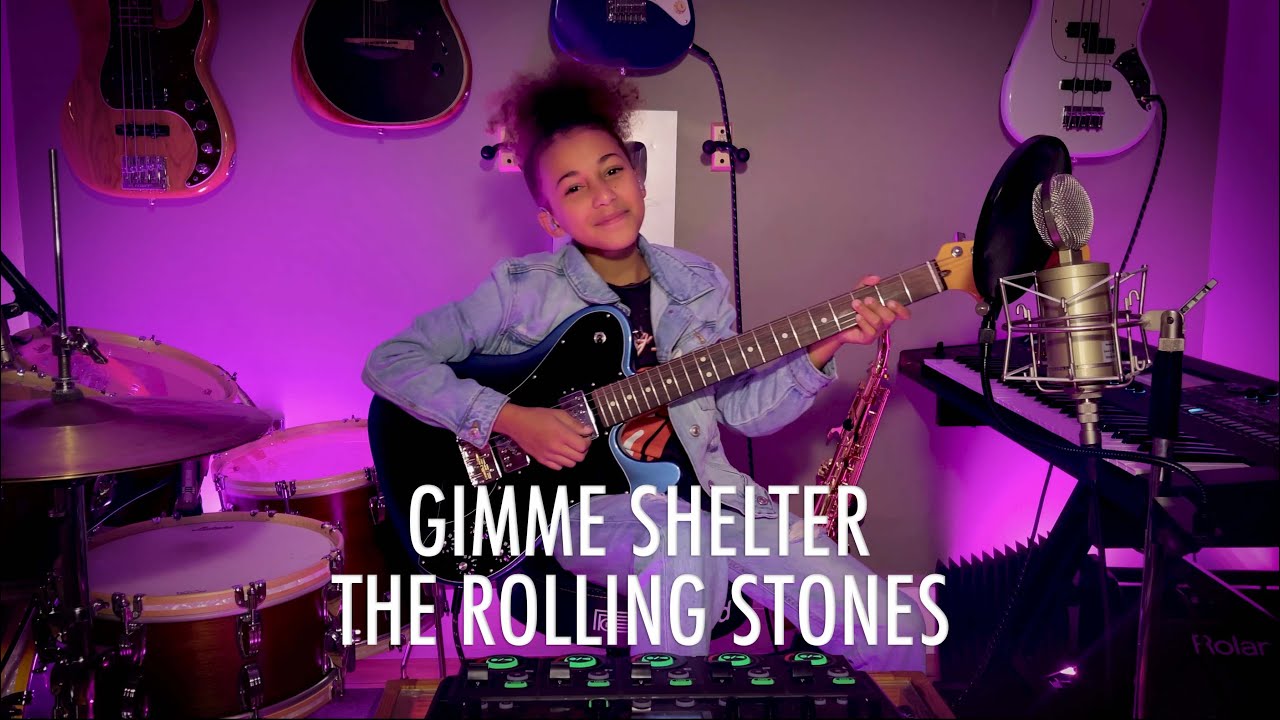 The immensely talented Nandi Bushell, the young music prodigy who counts Dave Grohl and Tom Morello among her high-profile pals these days, recently shared another video on her growing YouTube channel — a tribute to late Rolling Stones drummer Charlie Watts.

In a fashion typical to many of Bushell’s videos, her rendition of “Gimme Shelter” is awe-inspiring, her mastery of looping multiple instruments on full display. Said Nandi in a statement accompanying the video:

This cover is for Charlie Watts. I wanted to do something really special for Charlie. This is my most ambitious cover yet. Gimme Shelter is such an incredible tune. I hope one day I get to jam with The Rolling Stones too. Mick Jagger, Keith Richards and Ronnie Wood – I LOVE THE ROLLING STONES! I love reading all your positive comments. Hope you loved my cover!

As for the acclaim being heaped at Nandi Bushell, guitarist Tom Morello recently spoke a bit about her talent in a chat with Rock Cellar:

“Oh, she’s spectacular. She and my son wrote a song together. He’s a shredding guitar player. They wrote a song remotely during the pandemic, I produced it and it’s a jam. The future is in solid hands with them.”

Back in late August, Bushell showed up with the Foo Fighters on stage at the Forum in Los Angeles to provide drums behind the Foos’ classic “Everlong” in what was a pretty epic appearance: