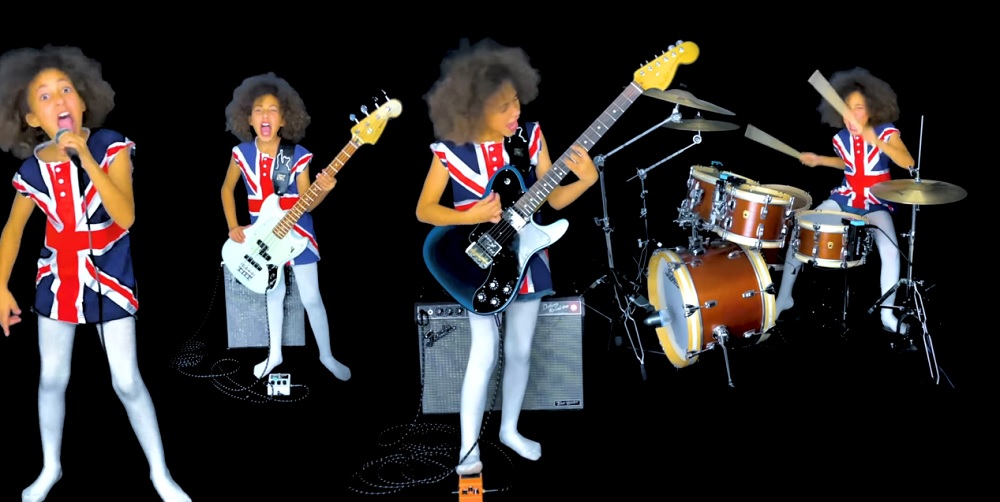 Bushell has elevated her profile with a series of YouTube uploads documenting her inspired back-and-forth with Grohl (and their eventual virtual meet-up), a surprise meet-up and gift from Tom Morello, and more. Among her latest videos, for example, was a drum cover of Slipknot’s “Unsainted,” which impressed the metal band’s drummer, Jay Weinberg.

Nandi!! You’re unreal! I’m blown away by your passion and energy. Keep shredding on those drums! Next time we roll through your town, give me a shout — you gotta show me how you do that stick flip right there 🤘🏻🥁🔥 https://t.co/5JPvbPoALL

For her next challenge, Bushell has begun reading up on the storied BritPop battles of 1990’s London — specifically, the Oasis vs. Blur showdown that was everyday tabloid fodder in the U.K.

This week I have been learning about #Britpop, the 90's and about this awesome battle between 2 bands called @blurofficial and @oasis. The 90 seemed like a fun time for music. Wahoo!!! Loving this song @Damonalbarn @alexjameshq @grahamcoxon @DaveRowntree pic.twitter.com/nPjR6RAqcm

In her new Video, Bushell shares a play-through of Blur’s “Song 2,” one of the ’90s most ubiquitous rock songs and arguably Blur’s most well-known song:

This week I have been learning about #Britpop, the 90’s and about this awesome battle between 2 bands called @blurofficial and @oasis. The 90 seemed like a fun time for music. This is Song 2 by Blur its really fun to jam to! Wahoo!!!

Wow! This is great! Nice one, Nandi x https://t.co/6UNoG6StUV

We have to wonder if Nandi Bushell has an Oasis tune in store as part of her BritPop immersion, but we’ll have to wait and see.

In the meantime, here’s another recent upload to her YouTube channel: An original song performed with her whole family.