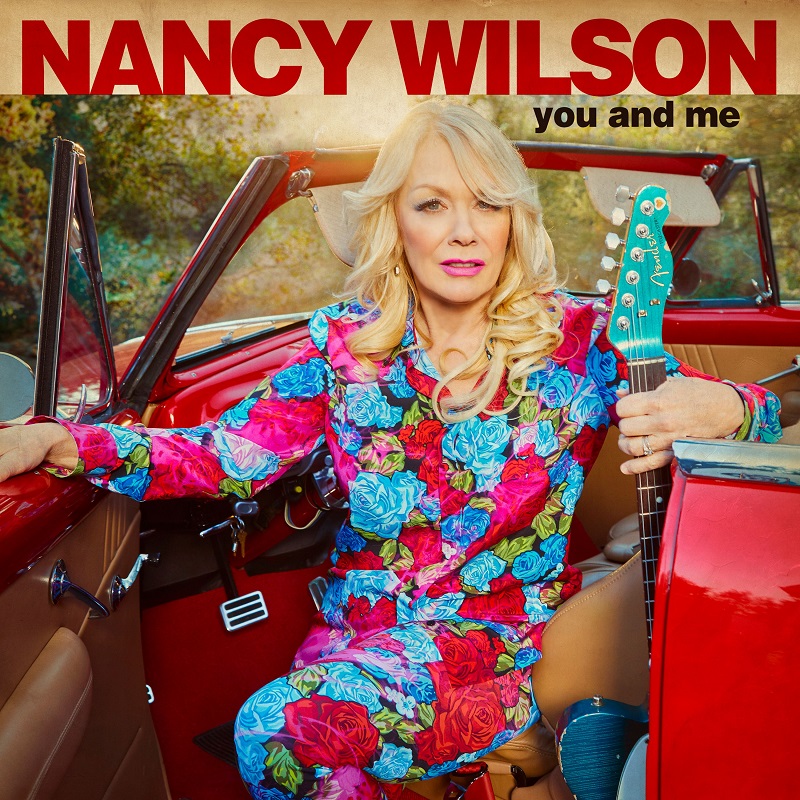 On Monday, Nancy Wilson officially detailed her upcoming solo album, You and Me, which will be released on May 7 and is the first official solo release from the legendary Heart guitarist to date.

The album has been in the works for a while and was previewed in recent weeks with her cover of “The Rising,” originally made famous by Bruce Springsteen:

As detailed on Monday, You and Me will be released via Wilson’s Carry On Music label. Said Nancy in a statement:

“Being off the road last year from touring with Heart, and at home with my good guitars and amps out, I felt like I was once again able to reconnect with my pre-Heart self, my college-girl self, creating poetic, intimate and romantic songs, which pretty much is what I first brought in to Heart.”

The album’s title track finds Nancy reconnecting with Sue Ennis, who contributed co-writing credits to many of Heart’s classic tunes alongside Nancy and Ann Wilson. “I’ve known Sue since I was 12,” Nancy said in a news release. “Back then she was a high school friend of Ann’s. We’ve always worked well together.” That track, as well as album pre-orders, is set to launch on March 8.

As for what took so long for her to put together an actual solo album?

“I don’t know why it took me so long to do this,” said Nancy. “Maybe I was stuck in traffic, maybe I was stuck in the Heart vortex of it all.” But in a year with “no traffic,” Wilson finally found a place for the music she’s been writing in her head for decades.