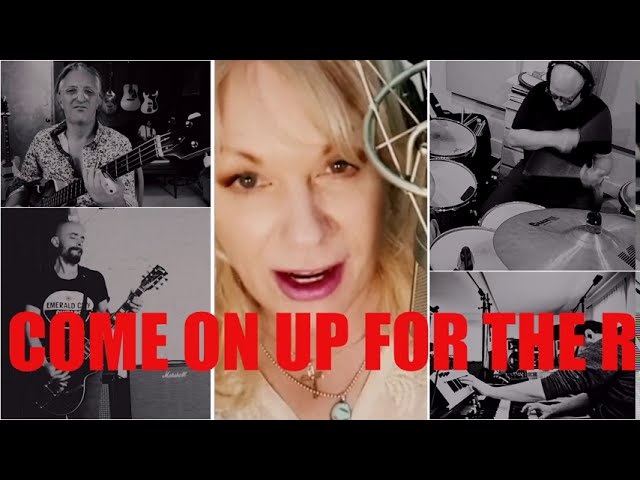 Back around Oct. 1, Nancy Wilson of Heart dropped some big news: She’s close to finishing work on her first-ever proper solo album, and the iconic rocker expects to release it in early 2021.

Along with that news came Wilson’s announcement of a new cover of “The Rising,” the title track to Bruce Springsteen‘s 2002 album that was, in part, an emotional reaction to the terror attacks of Sept. 11, 2001 just a year before.

Wilson’s cover of the song was premiered on Thursday via Rolling Stone, as was an official video. Take a look/listen below:

Explained Nancy Wilson to Rolling Stone of her decision to cover “The Rising”:

“Under the conditions we’re all living in now, this song is something that might help people. It’s a spiritual song and a call to a greater good, a human condition that is bigger than we are. As humans are picked off by this crazy invisible enemy [of Covid-19], we are trying to rise up above it and take some kind of comfort in our own spirituality.”

Rolling Stone adds that Wilson wasn’t really planning on making a solo record this year, but the free time (and quarantine) required by the pandemic lent itself to a bit of musical exploration, even as she had moved from Los Angeles to Northern California (away from many of her musical colleagues and band/touring mates in Heart). Having assembled makeshift home studio with the use of the mobile recording app Spire, Wilson set out on this new project.

Accompanying Nancy on this album’s creation were Andy Stoller (bass), Ben Smith (drums), Ryan Waters (guitar) and keyboardist Daniel Walker. Rolling Stone notes that the upcoming album, with a tentative title of The Lab, is a mix of original songs and covers, including Pearl Jam’s “Daughter” and Simon & Garfunkel’s “The Boxer,” among others. An original song titled “Party at the Angel Ballroom” features Duff McKagan of Guns N’ Roses and Taylor Hawkins of the Foo Fighters, as well.

Wilson told Rolling Stone she expects to have the album finished in time for a release in March. So stay tuned!

With Heart, Nancy Wilson has released 16 studio albums, the most recent being 2016’s Beautiful Broken. Outside of Heart, Nancy released an album in 2017 with a project called Roadcase Royale, a band she formed with Liv Warfield, formerly of Prince‘s band.

Click here to shop Heart from our Rock Cellar Store

In 2018, both Wilson and Warfield spoke with Rock Cellar about that project together. In the chat, Nancy expressed her excitement about branching out into new creative avenues outside of Heart:

“Yes, absolutely! With Roadcase Royale, when I sing with Liv, it’s really shaped a lot about how I sing harmonies differently than what I would do in my previous band. It’s one of my favorite things in the world to do, sing harmony parts and sing, sing and play, you know, but in this band we have a lot of singers and we’ve got a lot more versatility, I think, with vocal layers and harmonies and voicing we want to do with it. We have a lot of freedom to be singers and players together in the band.

“To me, it’s more freeing and I feel more creative inside it because it’s new.”

This new solo activity from Nancy Wilson, by the way, comes as her sister/Heart band mate Ann Wilson shared a new cover of her own — the poignant “The Revolution Starts Now!,” originally by Steve Earle: