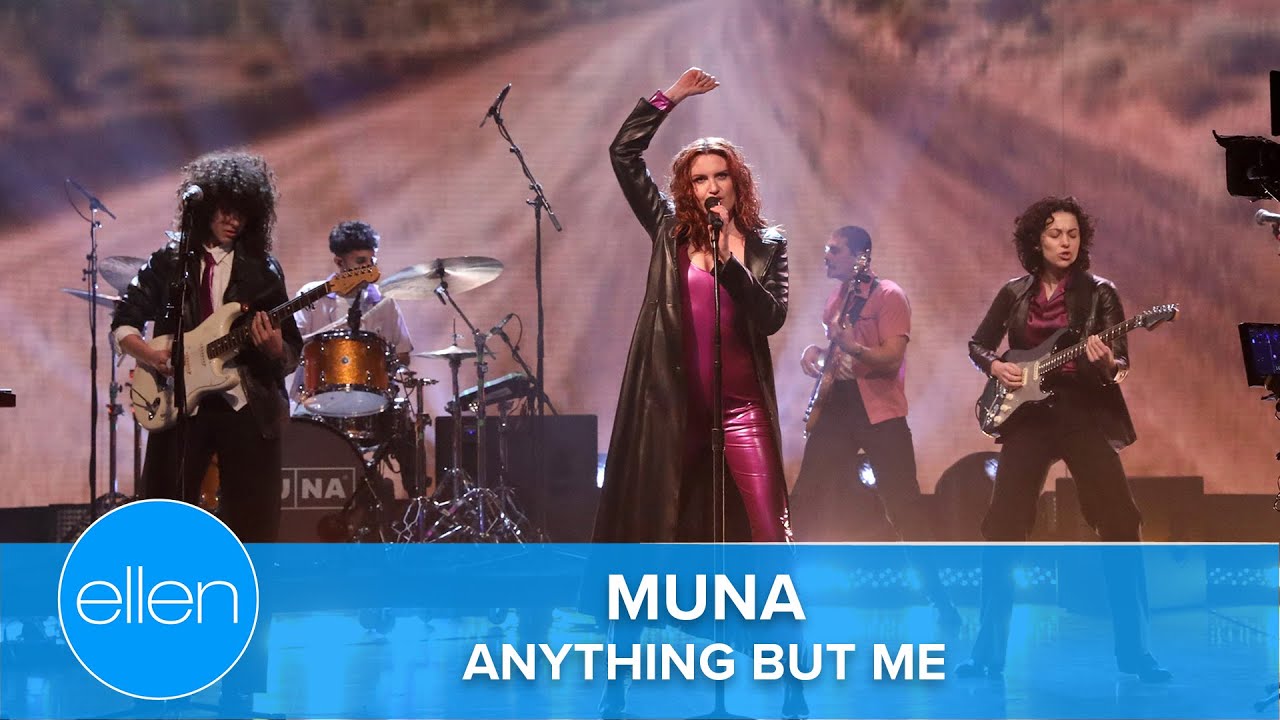 Los Angeles-based indie/pop band MUNA is gearing up to release its new self-titled album on Saddest Factory Records, an imprint of the Dead Oceans label that was founded by Phoebe Bridgers in 2020, on June 24.

Recently, the group shared the album’s lead single, “Anything But Me,” an airy anthem of empowerment that calls to mind pop/rock groups like HAIM and Wilson Phillips with its vocal harmonies — and this week, MUNA paid a visit to Ellen to perform the song live for the first time.

Said MUNA of the song/video:

“Breaking up is hard to do. In the past we’ve stayed in relationships for a long time, waiting until we hit low lows to admit it was over. “Anything But Me” is a song about leaving a partnership simply because it doesn’t feel right. It’s about trusting yourself and your instincts enough to walk away from someone while you still have love for each other and before it gets too bad. The video for the song plays with the idea that we’ve been our own captors in relationships, keeping ourselves in unhealthy dynamics, maybe because that’s what feels familiar. The song embodies the lightness and a playfulness that floods in when you realize that there’s no lock on the door, no one’s holding you back – you can untie the knot and skip into the sunset whenever you’re ready. Now, who can guess what attachment style I have?”

anything but me live debut on @TheEllenShow 🎠 thank you for having us. watch the full video here: https://t.co/NVPUVlRHwQ pic.twitter.com/d0X2dfODfB

MUNA’s new album kicks off with “Silk Chiffon,” the infectious, ’90s-leaning slide of indie/pop gold that the band released in September with Bridgers and quickly attained reverent status as a “queer anthem”:

This wave of momentum will carry MUNA on the road for much of the rest of year — catch a show!

September 28 – Philadelphia, PA – Fillmore (UPSIZED FROM THE FOUNDRY DUE TO DEMAND)