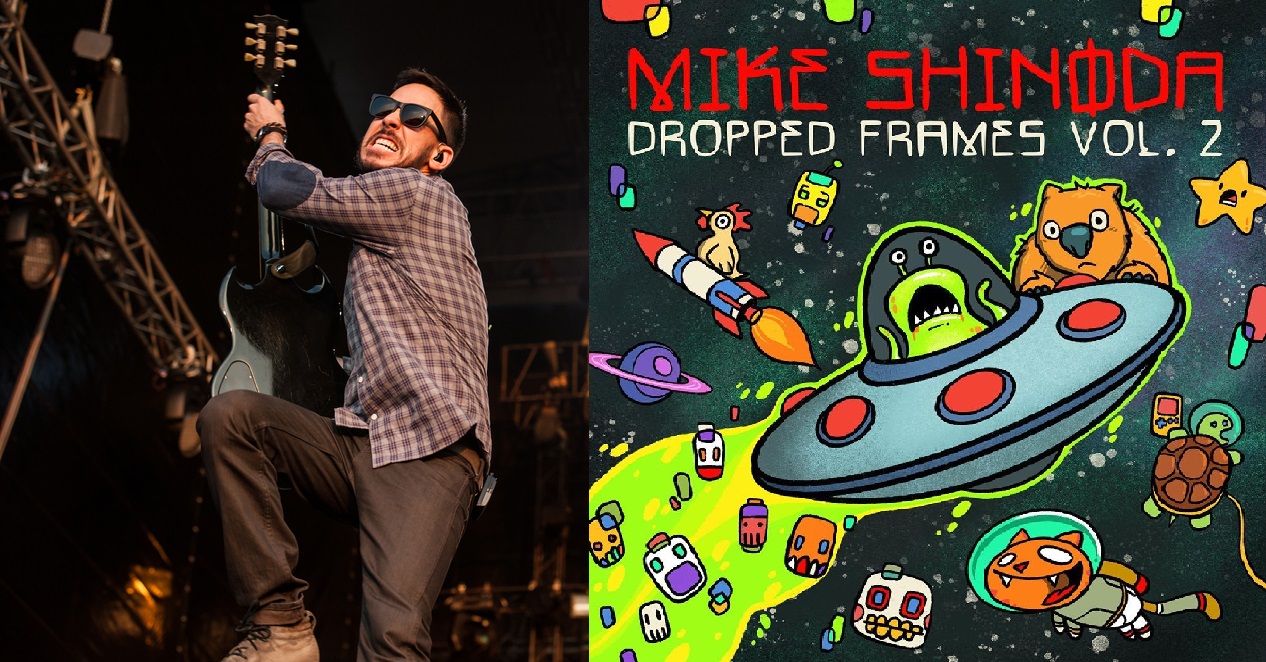 Mike Shinoda, rapper/MC/multi-instrumentalist of Linkin Park, has kept plenty busy over the past few weeks during the COVID-19 pandemic — specifically, his home recording studio.

On July 10 he released Dropped Frames, Vol. 1, a collection of instrumental recordings made live on daily Twitch streaming sessions. You see, Shinoda has kept busy on a near-daily basis on Twitch, live-streaming jam sessions and bursts of creativity from his home studio, and as the weeks went on his audience grew.

Linkin Park fans gravitated to his Twitch streams, and as the material built up he decided to release a batch of his new material as a proper album.

The second edition of his at-home recordings was released on Friday, and is another 12 songs with three special guests: Money Mark, Elise Trouw and Dan Mayo. Stream it below, via Spotify:

Said Mike Shinoda in a message to fans on Friday:

I hope you’re doing well. I’ve been staying home, trying to be good about social distancing, and trying not to be burned out on Zoom. But that hasn’t been a bad thing–I’ve been creating some fun things that I’m excited to share with you. I have not one but two music releases, out today!
My new album “Dropped Frames, Volume 2” is now available everywhere. This is the second installment of instrumental songs created live with fans on Twitch. In case you haven’t caught a broadcast: I go live every weekday from 10am-1pm PST, to create something from scratch.
Fans can request song styles for me to tackle or art themes for me to draw. It’s always a good time, and something I look forward to each day.
You can stream Dropped Frames Vol. 2 HERE.

The Dropped Frames projects are the latest proper solo albums from Shinoda, following Post Traumatic — which was released in 2018 and was a raw, emotional collection of music that marked his first musical output since the July 2017 death of his Linkin Park band mate, Chester Bennington.Its release also comes shortly after the band’s “In the End” music video surpassed a billion YouTube views.

In addition to Dropped Frames, Vol. 2., Shinoda also turned up on “Riptide,” a new song from Grandson (who opened for Shinoda on his headlining tour back in 2018):
grandsonlinkin parkmike shinodanew musictwitch