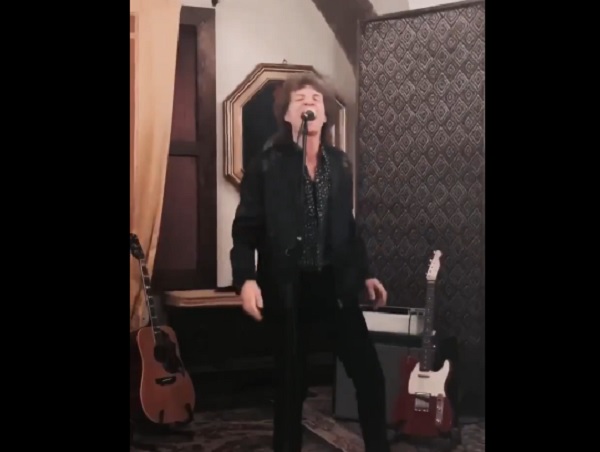 Rolling Stones front man Mick Jagger used social media earlier this week to share a brief snippet of a new song called “Pride Before A Fall.” It’s unclear whether this is an in-progress song for the Stones, for Jagger’s solo career or something else, but speculation based on the discernible lyrics heard in the track seem to indicate it has something to do with President Donald Trump.

‘Pride Before A Fall’ pic.twitter.com/nhZLYFceoJ

That speculation is based on these lyrics:

“I see the preening, it’s overweening, over eating, too much tweeting, and when my back is turned  somebody will Push you off the wall. And just remember that pride, it comes before a fall.”

Now, you may recall back in late June when the Stones threatened the Trump campaign with legal action over the continued playing of their music at rallies and campaign events.

Said the rock and roll legends in a statement, per Deadline:

“This could be the last time President Donald Trump uses Stones songs. Despite cease & desist directives to Donald Trump in the past, the Rolling Stones are taking further steps to exclude him using their songs at any of his future political campaigning. The Stones’ legal team is working with BMI. BMI has notified the Trump campaign on behalf of the Stones that the unauthorized use of their songs will constitute a breach of its licensing agreement. If Donald Trump disregards the exclusion and persists, then he would face a lawsuit for breaking the embargo and playing music that has not been licensed.”

With all eyes on the rapidly approaching Nov. 3 General Election, it would appear as if this is very fresh on the mind of Mick Jagger, which perhaps spawned this new track. We’ll find out soon enough …