Home / Watch Mick Jagger Dance Up a Storm at the Rolling Stones’ ‘No Filter’ Tour Opener in St. Louis

Watch Mick Jagger Dance Up a Storm at the Rolling Stones’ ‘No Filter’ Tour Opener in St. Louis 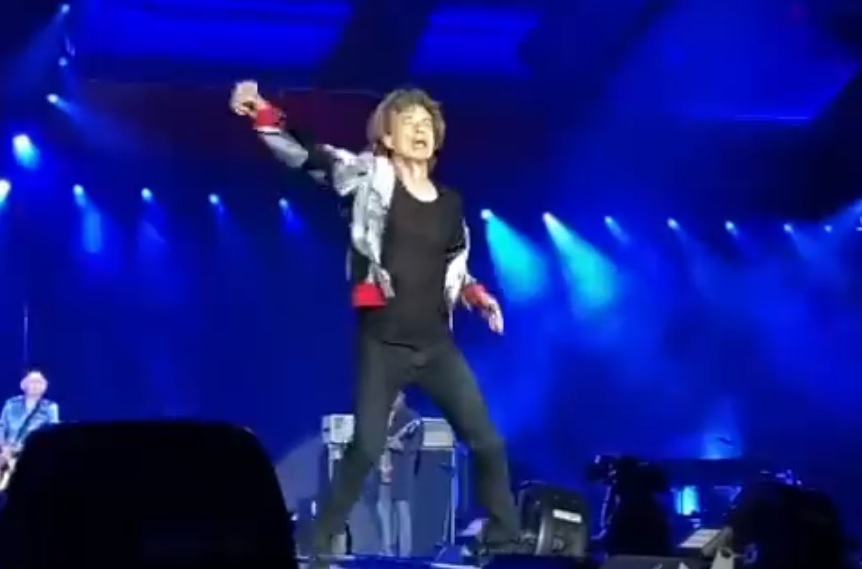 The Rolling Stones launched the new dates of their No Filter tour this past Sunday night in St. Louis. Hearts heavy as the English rock band soldiered on without drummer Charlie Watts, who passed away in late August, Mick Jagger, Keith Richards, Ronnie Wood and Steve Jordan (assuming duties behind the kit) delivered a customarily rollicking set of classics and favorites for fans at the gig.

Of course, no Stones gig is complete without the relentlessly energetic Jagger, who — even at age 78 — sashays around the stage with abandon, truly playing up his “front man” status as only he could. In the day before to the tour opener, Jagger shared a preview of what was to come:

When it came time to do the actual show, he backed up that promise, as shared on his Twitter page. Look at those moves!

Thanks St. Louis for a great night! pic.twitter.com/eQauxqXsla

Of course, the tour opener had to feature a tribute to Watts, which came in the form of a video salute when the Stones took the stage prior to playing “Street Fighting Man”:

Here’s a nice close-up perspective of “Paint It Black” from the gig:

Street Fighting Man
It’s Only Rock ‘n’ Roll (but I Like It)
Tumbling Dice
Under My Thumb
19th Nervous Breakdown (tour debut)
Wild Horses
You Can’t Always Get What You Want
Living in a Ghost Town (tour debut)
Start Me Up
Honky Tonk Women (followed by band introductions)
Happy (Keith Richards on lead vocals)
Slipping Away (Keith Richards on lead vocals)
Miss You
Midnight Rambler
Paint It, Black
Sympathy for the Devil
Jumpin’ Jack Flash

Encore:
Gimme Shelter
(I Can’t Get No) Satisfaction

Thank you St. Louis for a great opening night! You can order a special print of @ronniewood’s set list at: https://t.co/He4mYU5ehQ pic.twitter.com/QGG8fNX7CS

The schedule of the Rolling Stones’ No Filter U.S. tour in the coming weeks: